Ten Things Every Catholic Should Know About St Peter 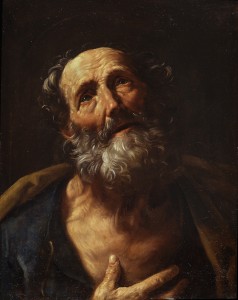 If you are involved in a discussion with an Evangelical Christian you can bet they will have John 3:16 memorized. “For God so loved the world that he gave his only son so that whoever believes in his will not perish but have everlasting life.”

Sometimes Catholics are embarrassed that Evangelicals have that verse memorized, but I’ve found that almost all Catholics have our foundational verse memorized too. They just don’t know they do. So ask your typical Catholic to finish this verse: “You are Peter…” You bet they will say, “…and on this Rock I will build my church.” Most of them will go on to recite, “and the gates of hell will not prevail against it.”

These two foundational verses reveal the two different foundations of faith. For the Evangelical it is all about personal belief and trust in Jesus Christ. For Catholics it is through the dynamic life of the church that Jesus is experienced most fully.

Consequently, non-Catholic Christians will have a low view of Peter. They see him as a courageous disciple and faithful missionary, but that’s about where it ends.

It is important, therefore for Catholics to have at their fingertips some basic facts about Peter from the New Testament to explain to Evangelical Christians why he is so important.

So here are ten things every Catholic should know about St Peter.

1. He was given a new name – In the Bible when someone gets a new name they get a new identity and a new role. In the Old Testament Abram was re-named Abraham. When Jesus gives Simon the name “Peter” he is giving him a divinely appointed role and identity.

2.The name Peter links back to Abraham – “Peter” means “Rock” and the Jews in Jesus’ time interpreted the words of Isaiah 51:1 “consider the rock from which you were hewn” to refer to Abraham. So “Peter the Rock” is the new Abraham. As Abraham was the Father of Faith for the Jews, Peter will become the foundation stone of the new covenant.

3. Peter means “Boulder” not “pebble” – Some Evangelicals will try to interpret the words “this rock” to mean a little pebble. This is because the Greek word is “petros” which means “little stone”. However, in the form of Greek used in the gospel “petros” can mean either. To prove that “Peter” means a huge foundation stone you have to consider the context. The story took place at Caesarea Phillipi where Jesus would have been looking at a huge rocky outcrop with a pagan temple on top. That visual aid gives the real meaning to the word. 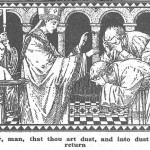 February 18, 2015 What is the Unforgivable Sin?
Browse Our Archives
get the latest from
Catholic
Sign up for our newsletter
POPULAR AT PATHEOS Catholic
1