Who Is the Pope? 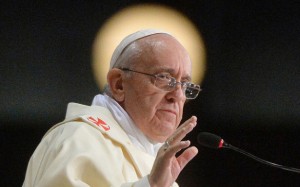 In New York Review of Books Cambridge historian Eamon Duffy reviews three papal biographies and uses the opportunity to give a clear, objective and sharp analysis of Pope Francis and his papacy.

On the one hand Pope Francis is a reformer

One of Francis’s first major acts was the establishment of a commission of eight (subsequently nine) cardinals charged with the radical overhaul of the church’s central structures, starting with the Vatican bank. His very choice of name signaled a turn away from the doctrinal and institutional concerns of his immediate predecessors, and pointed instead to his passionate insistence on the church’s loving engagement with the poor who make up most of the world’s population.

But in matters of doctrine and moral teaching he is as traditional as they come.

On the central issues often taken as the litmus test of Catholic orthodoxy his views are entirely conventional. He is strongly “pro-life” and an ardent supporter of traditional family values. As archbishop of Buenos Aires he opposed the Argentinian government’s 2010 bill to legalize same-sex marriages, while supporting civil unions for gay couples, a moderate pragmatism that was rejected by the rest of the Argentinian bishops, who favored a more confrontational stance. In his published “conversation” with the Jesuit Antonio Spadaro, he has called for a new and profound theology of women and a greater recognition of their crucial role in the church. But his own folksy remarks about the place of women and “the feminine genius” in the church have distressed even the most moderate feminists. He has made clear his belief that Pope John Paul II’s 1994 apostolic letter Ordinatio Sacerdotalis (Priestly Ordination) has settled “definitively” the question of women’s ordination—“that door is closed.”

Duffy does a good job of explaining the background of Pope Francis’ decisions and ambitions. Put simply, the Pope wants to retain the content of Catholicism but re-present it in a more primitive and basic style. He wants the church to return to the compassionate, human centered ministry of Christ the Lord and to shed the careerism, pomposity and folderol and self importance that too easily infects the ranks of the clergy, the curia and the hierarchy.

Who is the Pope? The Pope is Francis.

“Francis” is the name he took, and Duffy would agree that if we want to understand Pope Francis and his vision then we should try hard to really understand Saint Francis.

As for me, I’m going to dig around and dust off that G.K.Chesterton biography of St Francis, and in reading it, try to get into the skin of the Holy Father a little more. 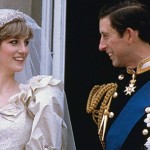 February 3, 2015 If Charles and Diana Had Been Catholic...
Browse Our Archives
get the latest from
Catholic
Sign up for our newsletter
POPULAR AT PATHEOS Catholic
1

Unmasked: Pride, Malice, And The Spirit...
A Little Bit of Nothing
Related posts from Fr. Dwight Longenecker