Managing the Mystery of Money 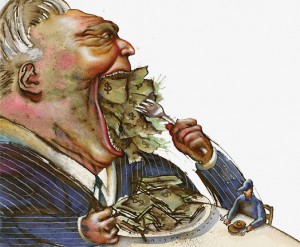 Here’s one from parish life. Recently my car was in the shop for repairs so the insurance company put me into a rental car. It happened to be a new Chevy Malibu. My usual car was a seven year old Volvo sedan.

So I park the  Malibu in my usual place at church and one parishioner comments, “Ooooh! Looks like Father’s doing pretty well. He’s got himself a brand new car!”

Another parishioner comments, “Poor Father. He’s obviously hard up. He’s had to downgrade from a Volvo to a Chevy….”

John Allen reports here on the turmoil over money in the Vatican. Cardinal Pell has been working hard to make the financial dealings of the Catholic Church more transparent, streamlined and efficient.

In a word, the nasty is back.

The focus this time is Cardinal George Pell of Australia, the pope’s chosen fix-it man on Vatican finances. Francis tapped Pell a year ago to end a cycle of scandal and corruption in money management, and in the year since he took over a newly created Secretariat for the Economy, he’s become a lightning rod of the first order.

This week the Italian newsmagazine l’Espresso published leaked receipts from Pell’s new department purporting to show that it has racked up more than a half-million dollars in expenses during its first six months of existence, including a tab of more than $3,000 at Gammarelli’s, a famed clerical tailor shop in Rome.

A rumor ensued that Francis had called Pell on the carpet about those expenses, something the Secretariat for the Economy called “completely false” and “complete fiction” in a statement on Saturday. In fact, the statement insisted, the new department’s expenses are actually below the budget set when it was established last March.

Damian Thompson has a catty column at the Spectator about the fuss over here.

Cardinal Pell is not only sorting out the Vatican’s finances at an extraordinary pace; he’s also upsetting all the right people – sleek monsignori who exchange back-handers and morsels of poisonous gossip as they eye up the pudding trolley (and sometimes the waiter pushing it). If this is the best they can do, George Pell can rest easy.

In the meantime Pope Francis has lashed out repeatedly about greed and poverty. Recently he referred to money as “Devil’s Dung”. Why is it, do you think, that the world’s press will not make that one of Francis’ quotable quotes?

How do you begin to sort out the mystery of money? As soon as you start to make judgements about the use of money, expenditure or finances you enter a house of mirrors where nothing is ever quite what it seems.

Have you ever tried to judge another person according to their possessions or expenditure? It’s always a mistake. Continue Reading 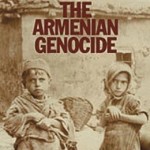 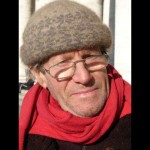 March 2, 2015 Did They "Bury a Bum" at the Vatican?
Browse Our Archives
get the latest from
Catholic
Sign up for our newsletter
POPULAR AT PATHEOS Catholic
1