Sandro Magister reports here on developments in the Vatican which will influence the upcoming Synod on the Family.

It seems to Magister that Pope Francis is moving away from what seemed his enthusiasm for Cardinal Kasper’s ideas to open communion to the divorced and re-married.

As a professor of moral theology, Caffarra was a specialist in marriage, family, procreation. And this is why John Paul II wanted him at the head of the pontifical institute for studies on marriage and the family that he created in 1981 at the Lateran university, following the 1980 synod dedicated precisely to these themes.So a stir was created last October by the exclusion of any representative of that institute – which since its foundation has spread all over the world – from the first session of the synod on the family. But now this gap has been filled, because last March 14 Pope Francis appointed among the advisers of the general secretariat of the second and last session of the synod, scheduled for October of this year, none other than the vice-president of the pontifical John Paul II institute for studies on marriage and the family, Professor José Granados.As for Caffarra, if the Italian episcopal conference does not elect him this May among its four delegates at the synod, the pope will certainly see to including him among the synod fathers, as he did for the previous session.The archbishop of Bologna is one of the five anti-Kasper cardinals who assembled their ideas in the book “Remaining in the Truth of Christ” published in Italy by Cantagalli on the eve of the last synod and now translated into ten languages.

Whenever we kill another human being we, by our actions, deny the theological truth as well.

Likewise, the moral practice of the church must match the theological teaching. The Lord taught the indissolubility of marriage. Therefore, not matter how urgent the pastoral demands seem to be, we cannot put in place a pastoral practice that, by its very nature, contradicts the moral teaching of the church.

Cardinal Robert Sarah is firm in his teaching. Magister points out that in a recent book Sarah

rejects at its root the idea of giving communion to the divorced and remarried, which in his judgment “is the obsession of certain Western Churches that want to impose so-called ‘theologically responsible and pastorally appropriate’ solutions that radically contradict the teaching of Jesus and of the Church’s magisterium.”Completely agreeing with Müller, Cardinal Sarah also says:“The idea that would consist in placing the magisterium in a pretty box and separating it from pastoral practice, which could evolve according to circumstances, fashions, and impulses, is a form of heresy, a dangerous schizophrenic pathology.”And after emphasizing that the question of the divorced and remarried “is not an urgent challenge for the churches of Africa and Asia,” he declares:“I solemnly affirm that the church of Africa will firmly oppose any rebellion against the teaching of Jesus and of the magisterium.”

For those who remember the brouhaha last Autumn when Cardinal Kasper seemed to arrogantly dismiss the opinions of the Africans, Cardinal Sarah’s  statement here seem to be a direct challenge to Kasper’s ill advised and somewhat racist statement. The fact that the Pope has promoted Sarah and included him in the Synod on the Family indicates a shift from Kasper to Sarah’s point of view. 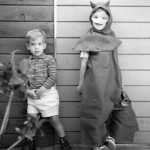