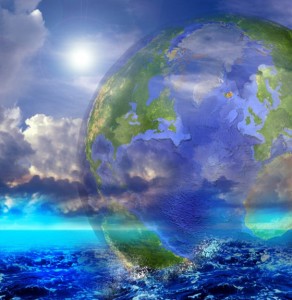 In an article published last Christmas Eric Metaxas points out how our increasing scientific knowledge points increasingly to the existence of God.

The existence of the God of the Bible isn’t revealed by scientific lab tests. Instead, Metals points out how we are gaining more and more information about the uniqueness of life on earth, and as we continue to explore this delicate planet’s existence it seems impossible that it all simply happened by random chance. In other words, the balance of elements and factors in the mere existence not only of life on earth, but a planet where life could form–indeed the existence of the whole universe–points to the unavoidable conclusion that there is an intelligent designer.

Metaxas points out how we used to think the conditions for life on earth were pretty commonplace.

Here’s the story: The same year Time featured the now-famous headline, the astronomer Carl Sagan announced that there were two important criteria for a planet to support life: The right kind of star, and a planet the right distance from that star. Given the roughly octillion—1 followed by 27 zeros—planets in the universe, there should have been about septillion—1 followed by 24 zeros—planets capable of supporting life.

With such spectacular odds, the Search for Extraterrestrial Intelligence, a large, expensive collection of private and publicly funded projects launched in the 1960s, was sure to turn up something soon. Scientists listened with a vast radio telescopic network for signals that resembled coded intelligence and were not merely random. But as years passed, the silence from the rest of the universe was deafening. Congress defunded SETI in 1993, but the search continues with private funds. As of 2014, researchers have discovered precisely bubkis—0 followed by nothing.

He goes on to point out that the conditions necessary for life started to multiply as scientists understood more clearly the complexity of the earth’s ecosystems. As the number of conditions for life being possible proliferated the odds of that life existing elsewhere diminished.

What happened? As our knowledge of the universe increased, it became clear that there were far more factors necessary for life than Sagan supposed. His two parameters grew to 10 and then 20 and then 50, and so the number of potentially life-supporting planets decreased accordingly. The number dropped to a few thousand planets and kept on plummeting.

Even SETI proponents acknowledged the problem. Peter Schenkel wrote in a 2006 piece for Skeptical Inquirer magazine: “In light of new findings and insights, it seems appropriate to put excessive euphoria to rest . . . . We should quietly admit that the early estimates . . . may no longer be tenable.”

As factors continued to be discovered, the number of possible planets hit zero, and kept going. In other words, the odds turned against any planet in the universe supporting life, including this one. Probability said that even we shouldn’t be here.

Today there are more than 200 known parameters necessary for a planet to support life—every single one of which must be perfectly met, or the whole thing falls apart. Without a massive planet like Jupiter nearby, whose gravity will draw away asteroids, a thousand times as many would hit Earth’s surface. The odds against life in the universe are simply astonishing.

You should read the whole article here.

The odds are therefore overwhelmingly in favor of there being some sort of intelligent designer to the universe.

Of course this is not the whole story and this doesn’t prove the Bible or the Christian story.

But it’s a start.

Francis Beckwith at The Catholic Thing offers a critique and takes the argument further. 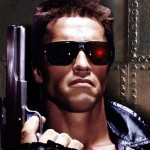 March 23, 2015
The Terminator - Will the Machines Take Over?
Next Post 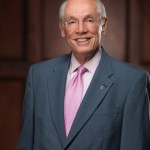