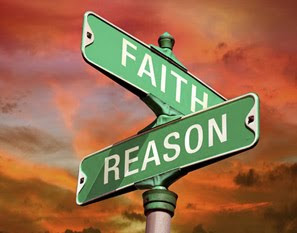 Benjamin Franklin wrote, “The way to see by faith is to close the eye of reason.”

What a shallow lie that is, but it is understandable given his deistic, rationalism. The idea that faith and reason are incompatible is a commonplace among both rationalists and religionists.

Very often along with a highly subjective and emotional form of religion, fundamentalists adopt an intentionally non-rational and anti-intellectual stance.

A religious faith that is rooted in subjective emotionalism combined with a no-compromise fundamentalism will remain shallow and untenable for the ordinary person who wants to think things through.

This is the religion which the typical contemporary atheist or agnostic rejects, and I reject it with them. They are right to reject it.

Both rationalists and fundamentalists therefore view religion and reason as incompatible. This is the fruit of not only the “enlightenment” but also the Protestant revolution which grounded religion in subjective emotional experience rather than reason.

Catholicism, on the other hand, has always insisted that faith and reason are compatible. Faith is reasonable and reason requires faith.

When religion is reduced to subjective opinion or emotional experience it is no wonder that rational people reject it.

What is often missing from the debate with atheists and agnostics, therefore, is a proper understanding of true religious enqiry.

The fact of the matter is that true religious enquiry is actually very similar to rational, scientific enquiry.

Before this can be understood fully one has to examine the objection many atheists and agnostics have regarding religion and scientific enquiry.

They will often say, “Show me the evidence for the existence of God.” However, they are usually unable to explain what kind of evidence they require. Furthermore, they seem to think that scientific enquiry is simply a matter of gathering irrefutable evidence which force one to come to certain conclusions. 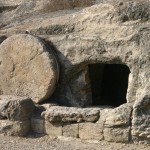 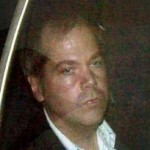 April 20, 2015 Reagan Shooter's Weird Link With the Bush Clan
Browse Our Archives
get the latest from
Catholic
Sign up for our newsletter
POPULAR AT PATHEOS Catholic
1