Episcopalians voted overwhelmingly Wednesday to allow religious weddings for same-sex couples, solidifying the church’s embrace of gay rights that began more than a decade ago with the pioneering election of the first openly gay bishop.

the House of Bishops prayed and debated the issue for five hours earlier this week before passing it on to the House of Deputies.

The Rev. Bonnie Perry of Chicago, a lesbian married to a fellow Episcopal priest, hugged fellow supporters on Wednesday and said, “We’re all included now.”

“For the lesbian, gay, bisexual and transgender people in our congregations now know under the eyes of God and in every single state in this blessed country, they are welcome to receive all the sacraments,” she said.

Not all Episcopalians are happy, but Bishop Gene Robinson is thrilled.

Ties among Anglicans have been strained since Episcopalians in 2003 elected Bishop Gene Robinson, who lived openly with his male partner, to lead the Diocese of New Hampshire. Many theologically conservative Episcopalians either split off or distanced themselves from the national U.S. church after Robinson’s election.

On the eve of Wednesday’s vote, Archbishop of Canterbury Justin Welby, spiritual leader of the world’s Anglicans, issued a statement expressing deep concern about the move to change the definition of marriage.

Robinson said after the vote, “It’s a day I wasn’t sure I would live to see.”

Robinson, it will be remembered, not only divorced his wife and abandoned his children, but went with his wife to the same church where they were married to have a ceremony in which they “released one another from their vows.” Robinson then went on to marry his boyfriend and then later divorced him too.

The Episcopal Church joins two other mainline Protestant groups that allowed gay marriage in all their congregations: the United Church of Christ and the Presbyterian Church (U.S.A.). The 3.8-million-member Evangelical Lutheran Church in America lets its congregations decide for themselves, and many of them host gay weddings.

The United Methodist Church, by far the largest mainline Protestant church with 12.8 million members, bars gay marriage, although many of its clergy have been officiating at same-sex weddings recently in protest. 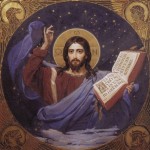 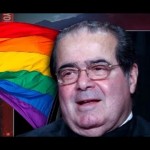 July 2, 2015 We Are Ruled by the Unelected Elite
Browse Our Archives
Related posts from Fr. Dwight Longenecker