Planned Parenthood Discusses How to Bend the Law in Fourth Video 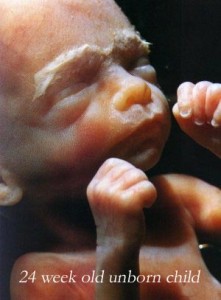 Center for Medical Progress has released their fourth video today, and it follows the gruesome reality shown in the third video on Tuesday.

The graphic section of the video includes more footage of clinicians picking through the remains of an unborn child. You hear a cracking sound. It was the sound of a tiny skull cracking.

“There’s a brain.” they say. As they poke through, “There’s the stomach, liver. Here’s an eyeball? Do you need eyeballs?” Really.

It gets worse. As they poke through one says about the quality of specimens, “Five stars!” and laughs.

The main news media, of course, have adopted a blackout on this story. To my knowledge, Fox News is the only major network or media outlet to have reported on Tuesday’s video and I expect today’s will be similarly ignored.

It is important, therefore that we spread the video with emails, blogs, Facebook, Twitter and other social media as far and as fast as possible. 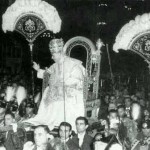 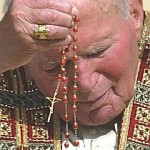 July 30, 2015 America the Murderous: A Solemn Prophetic Warning
Browse Our Archives
get the latest from
Catholic
Sign up for our newsletter
POPULAR AT PATHEOS Catholic
1