The Political Impact of the Planned Parenthood Videos

As the Center for Medical Progress continues to roll out their YouTube videos the impact on American consciousness and on the American political scene is bound to be immense.

Paul Shimek details some of the political fallout here.

John Zmirak weighs in here with his usual biting and scathing wit and style. This one is a must read.

First of all, putting the videos out bit by bit in short and easily watched segments is a brilliant move. This will keep the issue alive throughout the rest of the summer and into the fall. One film is soon forgotten in our instant entertainment age. One feature film is seen by a few and swept under the carpet. These short films can be shared online and the result will be devastating.

The latest film is very clear and very simple. The camera goes into a Planned Parenthood clinic. The fetal remains are shown on a dish. The Planned Parenthood doctor and the specimen buyer pick through the parts and discuss their value. The truth cannot be avoided. Not only do we see the shredded, crushed and crunched tiny human being, but we see and hear them discuss how much they will be paid.

There will be no way Cecile Richards can back out of this one.

It will be more and more difficult for them to talk about “women’s health” when the video shows them to be concerned mostly about picking over the shredded remains of a baby.

Cecile Richards, the head of Planned Parenthood must be feeling very exposed this morning, but so must her cronies in Congress. President Obama, Hillary Clinton, Nancy Pelosi and others will soon start backtracking.

Here’s what will happen: Some Democrats who have supported PP will see the handwriting on the wall and come out against them and in favor of de-funding.

Many will not however. They will still protest that this is a “smear campaign” but they sill start to admit that “perhaps there are a few isolated cases where there are some abuses.” Then they will get on their high horse and talk about how they are going to “clean up” the messy parts of Planned Parenthood and bring in stricter controls and safeguards.

If the pressure continues you’ll see Hillary (last chance at the White House) Clinton run for cover. She’ll dump Planned Parenthood and pretend that she never knew the horrors that were going on. She’ll distance herself and we’ll hear her say, “No one likes abortion. That’s why we want to keep it safe and rare.” She’ll dump Planned Parenthood and then come up with other ways to promote abortion and she’ll trumpet some “new women’s health care initiative”.

Or she might even be more calculating and “evolve” in her views about abortion and say she now opposes it.

Anything to get her and Bill back in the White House. 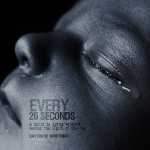