Is Pope Francis Setting the Stage for Further Reform?

In the wake of the liberal defeat in the Synod of the Family a narrative is emerging that goes like this:

Pope Francis, the great reformer, has been stymied in his attempts to allow divorced and remarried Catholics to come to communion. The harsh, old judgmental conservatives, who were all appointed by John Paul and his sidekick Benedict, put the brakes on reform and slammed shut the windows that were going to bring fresh air. Same sex marriage is now not going to happen anytime soon, nor are we going to have married priests and women’s ordination.

HOWEVER! Pope Francis has succeeded in setting a new tone. He has opened the debate and allowed for new voices to be heard and fresh opinions. He has asked for more mercy and tolerance, and this has set a new tone in the fusty old Catholic Church. Pope Francis will not be around for all that long, but he will have been around long enough to set the Catholic Church on a new course. He has laid the foundation for the change he wants, even if he is never going to see it. A new, younger version of Pope Francis will step into his shoes and then we will finally have the reforms that we all know are just around the corner.

We know change takes a long time in the Catholic Church, but within the next decade that next pope will come along who will pick up the baton from Pope Francis and bring the church into the modern age…..

Well, maybe and maybe not.

What astounds me about liberal American commentators on the church is their incredibly parochial viewpoint. Have these people never heard of the continent of Africa? They would seem to be completely ignorant of the fact that the center of population (and therefore of power) in Christian Church (including the Catholic Church) is no longer Europe and the United States. Already the African church is in the ascendant, and if people have had to adapt quickly to a pope from Latin America they are really going to be caught on the hop if the next pope is from Africa. Continue Reading 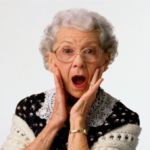 November 3, 2015
Shock Horror!! Corruption in the Vatican!
Next Post 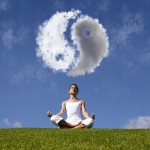