Paris Attacks: How Should One Respond? 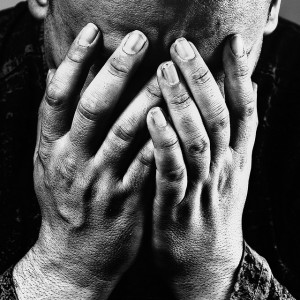 One of the things which secular Westerners find so mind blowing about Islamic terrorist attacks is the irrationality of the evil.

We cannot understand a religion that drives young men to such mindless barbarism.

We don’t have the tools in our toolbox. We simply cannot understand their culture, their mentality, their religion or their reasoning.

In our materialistic, pleasantly hedonistic, tolerant lifestyle we cannot comprehend a worldview that demands such utter self sacrifice, murder of innocents and wanton destruction.

We can’t imagine what it is like to follow a religion that demands the kidnapping and torture of children and the slaughter of innocents.

When faced with the carnage what do we do?

First, I think we naturally do what humans do. We cry out for an answer and yearn for revenge. We want to retaliate. We want to wipe these scum from the face of the earth. We want to meet rage with rage and seek vengeance.

However, as  Christians we step up to stand with the victims in grief, compassion and prayer. We hold them in our silence, incomprehension and hope somehow that our support and solidarity will help them see a way through the mindless dark.

Then we step back from the lust for revenge. Justice and self defense are justified, but the cycle of revenge and bloodshed becomes endless.

Despite the murder and mayhem we insist that the love of Christ is stronger. Barbarism has been defeated by Christianity many times in the past, but Christianity has not defeated barbarism through violence, but through the gradual, painstaking heroism of mission. Think of St Francis who wanted to meet the Sultan and share the faith with him in enthusiasm and love. Think of the early Christians who countered the barbaric tribes of Europe by their example of community, civilization and true Christian love. Think of the countless missionaries who went into barbaric lands and faced death, torture and incredible hardships to live with the enemy and simply radiate from their lives a different way of living. Think of the martyrs who were slain by the barbarians–who were then converted by their innocence, their courage and their noble faith.

This is the Christian response, for each one of us to live faithfully and courageously as little Christs–showing the power and the glory of courageous Christianity which can overcome all evil. 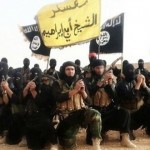 November 13, 2015
The Paris Attacks: The Consequence of Goodness Without Truth
Next Post