What Does the Episcopalian Suspension Mean?

What Does the Episcopalian Suspension Mean? January 14, 2016 Fr. Dwight Longenecker

An Episcopalian bishop got into an argument with an African over homosexuality. He finally said to the African in a patronizing, snooty Anglican way, “When you Africans become a bit more sophisticated and educated you will also come to a more subtle understanding of human sexuality.”

The African retorted, “You are being racist! You think because I have black skin that I am an uneducated jungle man. But we African bishops have our PhDs. We have studied theology at Oxford and Cambridge. We have been to Harvard and Yale. We are not uneducated natives!”

The Episcopal bishop (for whom racism was the unforgivable sin) was duly chastened.

That was in the early 1990s, so the struggle which has broken out in the Anglican Communion has been brewing for decades.

News today that the bishops of the Anglican Communion have suspended the Episcopal Church of the USA for three years over their decision to endorse same sex marriage is truly historic.

Here are five reasons why this decision is important:

1. The pressure on the Anglican Church to adhere to historic Christian teaching regarding marriage was undoubtedly led by the Africans. This means young, orthodox and majority church of the developing world has formally flexed its muscles. The Africans have stood up to the historic churches of the Northern, developed world. In global terms this is very, very important.

Any reader of John Allen’s brilliant book The Future Church will understand that Christianity is most vibrant in the global South. The church in Africa is young, dynamic, orthodox and growing compared to the aging, liberal, declining church in Europe and North America. This success by the Africans on controlling the direction of global Anglicanism is the first real sign that power is shifting away from New York and Canterbury to Nigeria and Kenya.

This means that the churches in the developing world have effectively established an alternative power structure that has successfully challenged the liberal, ruling establishment elite.

2. This is the first step towards a re-orientation in global Christianity away from the domination by the liberal, intellectual, critical and relativistic Northern establishment and the fresh expression of a young, orthodox, vibrant and dynamic Southern Christianity. Some might think that the pressure in Central and South America has already been a marker of the global shift South, but beneath the surface of South American liberation theology and independence has always been a Euro-centrist philosophical and theological bias. African Christianity is much more African than South American Christianity was indigenous to South America. Therefore the orientation South is a genuine shift in culture and worldview from European to indigenous Christianity.

3. As Allen points out, the Southern Church is likely to not only be conservative on moral and family matters, but it is theologically traditional while being liturgically African. An African bishop–Anglican or Catholic–may be conservative morally and theologically, but dance in the liturgy to jungle drums. He is also likely to be “liberal” in financial matters. He is opposed the Northern economic hegemony and wants economic justice for his people. The shift of awareness is therefore not simply about homosexuality. The Africans wish to challenge the global North on many other matters as well, and they now have the platform and the power to do so. Continue Reading 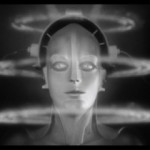 January 14, 2016
Transhumanism: The Future Horror is Here
Next Post 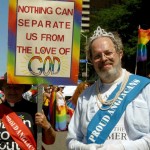 January 14, 2016 Proud Episcopalians Play the Victim Card
Browse Our Archives
get the latest from
Catholic
Sign up for our newsletter
POPULAR AT PATHEOS Catholic
1