Can You Be a Happy Traddy? 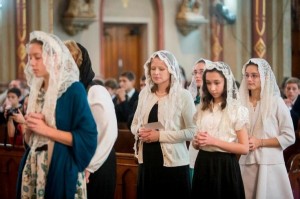 An article by Steve Skojec has surfaced on social media in which he argues that traditionalist Catholics need to be happy, joyful folks so that everyone realizes what a great treasure they have in the Tridentine Mass.

He criticizes traditionalist Catholics of an extreme sort, explaining what it was like when he started to attend the Latin Mass:

…young advocates of traditional liturgy like me found ourselves heading to worship God every Sunday in the company of individuals who, as often as not, seemed dour and judgmental. They spoke in effusive terms when they described their Mass, but appeared pained when they actually attended it. No smiles ever seemed to touch their lips, and they would glare at women (like my wife) who would at times forget their chapel veils, or wear makeup, or fail to provide some means of instant corporal punishment at the first sign of a squirming toddler.  In short, they had become terrified of novelty, and accustomed to betrayal, they had seemingly lost the capacity for joy.

That joylessness became the traditionalist brand, and they spread it everywhere they went. From the condemning, anonymous masses who pass judgment on all things Catholic on forums like Angelqueen to the rantings of The Remnant; from propositions that the solar system is Geocentric to the pamphleteering Fatima Crusaders to the seemingly endless discussions on whether it’s ever appropriate for women to wear pants, the attitude of many of the “trads” we encounter is often petty, conspiratorial, uncharitable, or out of touch with reality. Sometimes, it’s all of the above.

I was surprised to read Steve’s article since whenever I had come across his writings I thought he was firmly among “the angry traddies” and his writings seemed to typify the dour and judgmental atmosphere he was criticizing in his article.

Then I checked the post and realized the article was written over five years ago. Maybe Steve’s attitude went South after Pope Francis’ election…

To be honest I haven’t read enough of Steve’s stuff to know if my impression of him being an “angry traddy” is fair. So I’ll give him the benefit of the doubt and hope that he’s the happy traddy that he hopes traditionalists will be.

Steve’s article, however, raises a bigger question in my mind. What is it that makes a Catholic leave his typical American parish and go seeking after the glories of traditionalist worship? Most often it is a reaction against the Amchurch parishes with wishy washy leftist do gooder homilies, terrible music with greeting card level lyrics, brutal or bland modern architecture and sappy feel good hymns. The traditionalist is looking for Catholicism with backbone and beauty. They want an authentic, historic Catholic liturgy that is robust and reverent at the same time.

All that’s for the good, and I’m on their side.

So why does there still have to be the sour, negativity, suspicion and persecution complex among some who call themselves traditionalist? Furthermore, why do some go on to pick up not just traditionalist Catholic worship, but also get infected with all that scary right wing, racist, conspiracy theory anti-Semitic stuff? The more radical ones play the victim saying they are a persecuted minority, but they sure don’t mind loading their weapons and taking pot shots at everyone with whom they disagree.

Why do some Catholics go down that route? Continue Reading

UPDATE: Msgr Pope has an excellent article on the state of the Traditionalist Catholic movement in the USA here. 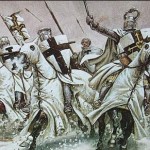 January 9, 2016
When Action is the Only Argument
Next Post 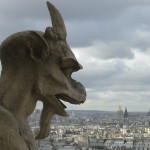 January 10, 2016 Ten Tricks of the Devil to Watch Out For
Browse Our Archives
Related posts from Fr. Dwight Longenecker