Trump or Pope? Choose You This Day Whom You Will Serve

Trump or Pope? Choose You This Day Whom You Will Serve February 20, 2016 Fr. Dwight Longenecker 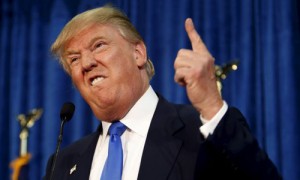 I have been astounded to receive emails and FB attacks from Catholics who side with Donald Trump against Pope Francis.

That so many Americans have fallen in love with this loud mouthed, lying, bragging, adulterous con man is bad enough, but when I read that a good number of Evangelicals are swooning at his feet I am alarmed. I had thought better of them.

However, when I read that my fellow Catholics–including priests and scholars–are taking sides with Trump versus Pope Francis I am completely flabbergasted.

Have they actually read Pope Francis’ words (the transcript is here) or just the Trumped up headlines? Pope Francis observed that a person who build only walls, wherever that is,  and not bridges is not Christian. Who can disagree with that who calls himself a follower of Christ? Pope Francis was speaking generally and not about the Mexican border.

Look at what he has done with his life so far. I heard a nauseating ad for Trump by Jerry Falwell’s son. There was soupy patriotic music playing in the background and Falwell was quoting Scripture saying how much Donald Trump was like Jesus and how “by your fruits you will know them” and the fruit of Donald’s life was just wonderful.

So it has come to this? A Christian leader saying that a thrice married, adulterous, casino owning, sleazy entrepreneur “reality” show TV star is a role model for Christians and the next President? Continue Reading 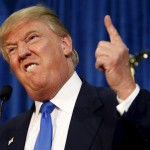 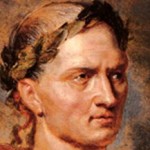 February 22, 2016 America Wants a Trumperor
Browse Our Archives
get the latest from
Catholic
Sign up for our newsletter
POPULAR AT PATHEOS Catholic
1