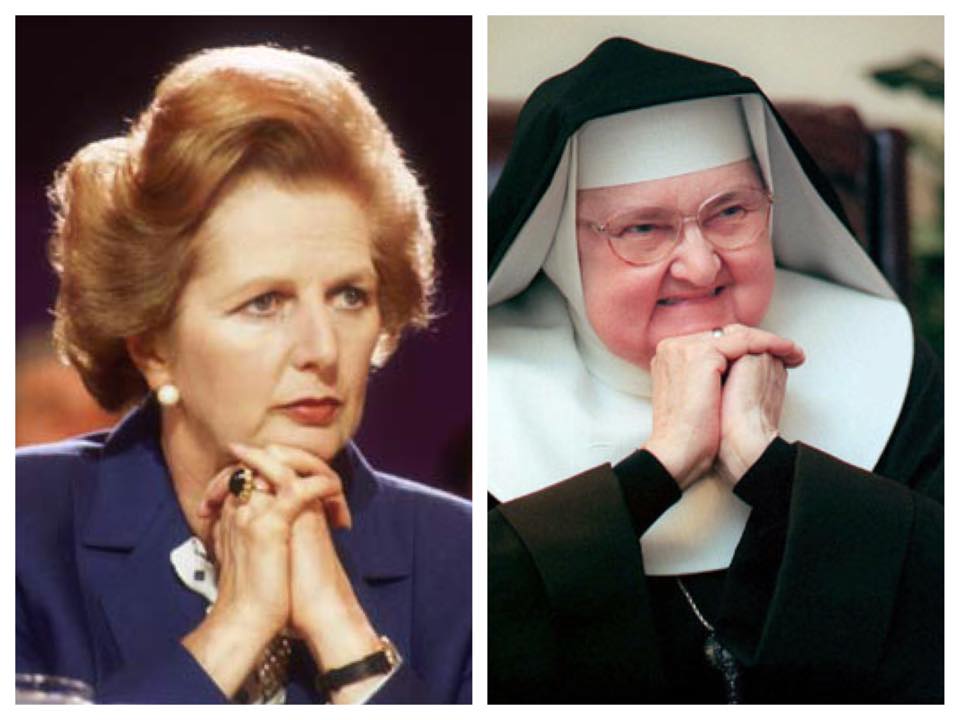 Here’s what I liked best about both Mother Angelica and Margaret Thatcher:

They both beat the liberals at their own game. In an age when feminists were burning their bras Margaret Thatcher had her hair done, put on her hats and grabbed her handbag. Mother Angelica not only kept her habit, but reverted to a more traditional habit. When the feminists were protesting about inequality and being suppressed by a patriarchal male club, Margaret Thatcher stepped up and took control of that club. Mother Angelica did the same in her attacks on the elitist liberal Catholic bishop’s club.

Both women were from lower middle class or working class backgrounds so they had their finger on the pulse of ordinary people. Margaret Thatcher came in with a housewife’s approach to economics and Mother Angelica applied good housekeeping common sense to the establishment of her media empire. Both women were feisty, gutsy, no nonsense women who knew how to cut the crap and get something done.

Behind the scenes both Margaret Thatcher and Mother Angelica knew what it was to suffer personal loss, but both came through their difficulties with more resilience, backbone and determination.

Beneath the particularities of battle both women saw the lies of liberalism and realized that the true way forward was not by following some ideology (either conservative or liberal) but by following the truth.

Liberal ideologues in both the UK and the American Catholic Church literally hated both women. I can remember living in the UK during Thatcher’s years and the protests against her were violent, personal and extremely ugly. Likewise, the people who hated Mother Angelica and EWTN did not disguise their hatred.

“Those kind of people” are supposed to be rich, white, male establishment types. When they turned out to be a grocer’s daughter and the daughter of a poor divorced working class woman the class stereotypes didn’t fit. Instead through their common sense attachment to truth, determination, hard work, sense of humor, intelligence and grit both women challenged the rich, white, male establishment types and won through for the common sense men and women of the world.

God rest both their souls and may we have more of them. 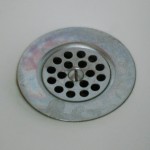 April 1, 2016 Got Some People Problems? Avoid the Drains
Browse Our Archives
get the latest from
Catholic
Sign up for our newsletter
POPULAR AT PATHEOS Catholic
1