Priest Holes and the Holy

My article at Imaginative Conservative website this week considers the priest’s holes which were created during the Elizabethan terror in England.

If you visit Oxburgh Hall in England you can tour one of the ancient country houses occupied without break since 1482 by one of the most venerable Catholic families in England. Last summer, while leading a pilgrimage to England with Joseph Pearce, we visited the hall and not only met Sir Henry Bedingfeld—the current baronet—but celebrated Mass for the pilgrims in the ancient family chapel. This was not before Joseph and I discovered the priest hole.

For those not in the know, a “priest hole” is the secret chamber where, during the anti-Catholic Elizabethan regime, priests would hide from the Queen’s agents. Under Elizabeth it was a capital crime to celebrate Mass, and any Catholic priest who was captured was sentenced to execution as a traitor, which meant being hung, drawn, and quartered. Elizabeth’s England was a police state with rules and penalties worse than Stalinist Russia. Spies were everywhere, and the priests, who traveled underground using aliases, disguises, and secret codes, were usually betrayed by spies who had infiltrated the underground Catholic community. 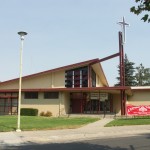 March 3, 2016
Ugly Churches and the Dictatorship of Populism
Next Post 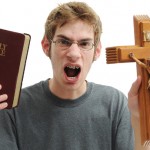 March 7, 2016 Ten Traits of Catholic Fundamentalism
Browse Our Archives
get the latest from
Catholic
Sign up for our newsletter
POPULAR AT PATHEOS Catholic
1