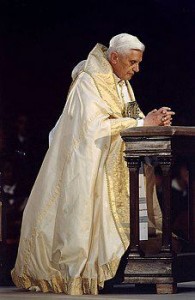 Why are so many Catholics disturbed, annoyed, restless, frightened and angry?

It’s because we are going through a time of Catholic realignment.

In the United States and the rest of the developed world we are experiencing a breakdown of the old Catholic tribalism that we have got used to over the last fifty years since the close of the second Vatican Council.

During that time period we have seen the Catholic Church Europe and North America divide into “Liberal” and “Conservative.” The liberal Catholics have their publishing houses, colleges, religious orders and members of the hierarchy. Likewise the conservative Catholics.

The fact is, we have been living with two churches under the same roof. To paint with a broad brush, the liberals believe the Christian faith is a human construct which is the product of certain historical circumstances and that it must adapt to each age and culture in order to thrive and survive–indeed, to accomplish her mission.

The conservatives believe that the Christian faith is a revealed religion–unfolded to humanity in a particular way at a particular time for a providential reason. Consequently the faith cannot, at its core, be changed. Instead of adapting to the culture in which it lives, conservatives say Christ and his church must challenge the culture and historical era in which it finds herself.

These two underlying assumptions about what the church and the Christian faith is at its very heart, have produced two kinds of Catholics. This is why so called “Cafeteria, Kennedy Catholics” don’t feel embarrassed in the least in their open support for abortion, same sex marriage, women’s ordination etc. That’s because they believe it is the church’s duty to adapt and get with the times and it is their duty as lay Catholics to lead the charge, be the pioneers and challenge the hidebound old Catholic Church hierarchy to adapt or die.

This is also the reason why conservatives get so upset–because they see the very foundations of their faith being attacked and undermined. They see the age old traditions, worship, beliefs and behaviors being destroyed by the very people who should defend them: their Catholic brothers and sisters.

The reason so many Catholics are restless in these times is that these fifty year old ways of being Catholics are worn out. They don’t work anymore. The Catholic culture warriors from both tribes are getting old and dying out. Furthermore, the younger generation of Catholics don’t really have a clue what the fuss was about. The young people who have kept the faith are, for the most part, simple, by the book, faithful Catholics. They view the church differently and don’t see it in such stark “liberal” and “conservative”  terms.

What are people doing in response to this breakdown of the old tribalism? Some are retreating ever further into their tribe. The extreme conservatives are retreating into ever more angry fundamentalism. They’re pulling up the drawbridges, making enemies of the people who are really their friends and feeling increasingly isolated and paranoid. The old school liberals, on the other side, are simply dying out.

The reason we are restless is because we are being led into something new and we have not seen it quite yet and we’re not sure what it is and whether we will like it.

I can tell you, however, that it is fantastic because God does not forsake his church. Continue Reading 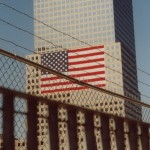 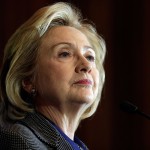 July 29, 2016 Can a Catholic Vote for Hillary Clinton?
Browse Our Archives
get the latest from
Catholic
Sign up for our newsletter
POPULAR AT PATHEOS Catholic
1