On Mark and Simcha

Everybody in the blogosphere seems obliged to weigh in on Mark Shea’s release from National Catholic Register.

I should say up front that I like Mark Shea. He’s a friend of mine, and I’ve always taken his huffing and puffing with a shrug and a smile. He reminds me of  bellicose Hilaire Belloc who was a controversialist, a prophet, a stirrer of hornet’s nests, but also  a man who also spoke much truth in the midst of the battle. Mark’s a warrior to be sure, and has usually been a happy warrior. However of late I’ve noticed a touch of personal bitterness in his tone, and I think some of his attacks on Republicans, pro lifers and right wingers have been slapped on with much too broad a brush.

Simcha I haven’t read much, and have only been in incidental contact.

I think we ought to put things in perspective. First of all, I think Mark and Simcha’s main problem is that they forgot some of the basic rules of writing. I’ve always understood that a good writer writes primarily for his audience–not for himself.  This doesn’t mean one has to pander to the audience and simply feed the monkeys. It does mean that you keep your audience in mind so that when you challenge them you challenge them in a way they will be able to hear and understand. In other words, you build up trust with your audience. People should come back to your blog or your column  because you are going to inspire, entertain and challenge them, but if all you do is inspire or entertain or challenge they will soon look elsewhere.

If I’m right about this, the release of Mark and Simcha doesn’t have as much to do with their behavior as people, but with their behavior as writers. They’re both good writers, but maybe they forgot that to be a writer you are in a position of respect with your audience. If you know your audience is conservative religious people, then it’s not too smart to use profanity, go on ceaselessly about how dumb and hypocritical they are and how stupid their pet projects are. Criticize by all means, but criticize in a smart and specific way. It is possible to criticize with wit and charity–although in the present political climate I admit that this is increasingly difficult.

In my opinion Mark and Simcha were released not because they are bad people or bad writers or bad Catholics but simply because they were no longer successfully connecting with their audience.

Which brings me to the audience. With the rise of the internet and social media, an alarming trend is taking place: increasingly people read only the stuff that makes them feel better. Blogs, website, FB feeds and Twitter cater to narrower and narrower tastes and when people feel threatened they withdraw into their comfort zone. When this happens they become even more wary of all that might challenge them. If they are not careful they can demonize those who do challenge them and their assumptions and dearly held views.

If they are not careful they can withdraw into tribes. They gather together with other people of like mind and heart and they become inward looking. To mix a metaphor the tribe begins to circle the wagons. Those on the outside are suspect. They become the enemy, but the worst enemy is not the enemy from without, but the enemy from within. The traitor is worse than the declared enemy. That person has to be excluded, pushed out and denied access, and the more they feel threatened the more they will turn to these unhealthy tribal behaviors.

I’ve had my own battles over the ten years I have been blogging. I’ve had insults and attacks from both radical liberals and radical conservatives, and I can tell you from my own experience that the bitterness, hatred, spite, personal insults and actual physical threats to me and my family from a few extremist conservative Catholics have been worse than any bricks thrown by liberal Catholics or even atheists.

(Now if you’re a conservative Catholic don’t get all huffy about this. I’m referring to only a few quite nasty extremists.)

I’m not saying that the folks at National Catholic Register have done this kind of scapegoating to Mark and Simcha– I think the editors at NCR have done a good job of being faithful to orthodox Catholicism while also allowing voices that are properly critical and appraising the state of Catholicism.

However there is a tendency for religious people to stone the prophets and throw the Jeremiahs among us down the well, and we should be aware of that tendency and listen closely to those who speak out and criticize our faults. If a prophet calls us to a reckoning we should listen and examine ourselves–not blame the prophet.

Now that Mark and Simcha are not in this circle any longer perhaps all of us who are involved can remember to engage with good manners, mutual respect and decent language, while we also examine ourselves to make sure we are not throwing our Jeremiahs us into the well. 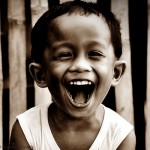 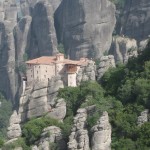 August 24, 2016 Is Your House Built on the Rock?
Browse Our Archives
get the latest from
Catholic
Sign up for our newsletter
POPULAR AT PATHEOS Catholic
1