I was blessed last summer to visit Norcia–the birthplace of St Benedict– with my friend Sid Tate. We had gone to Italy on pilgrimage to venerate the Holy Shroud of Turin, and too the opportunity to visit Norcia and spend a short time with my former student Philip Wilmeth–now Brother Augustine–one of the monks of Norcia.

Terrible news therefore to hear this morning of the earthquake which has leveled the beautiful basilica church of St Benedict. The church was built over the site of the home and birthplace of St Benedict and his twin sister Scholastica.

The monks restored monastic life in Norcia in the Jubilee year 2000, and after last summer’s quake in the area had moved out of the monastic buildings which were ruled unsafe. They were living in temporary accommodation, but maintaining their life of prayer, work and study in the crypt of the church, in tents and a barn like dormitory.

The monks have done great things in the sixteen years of their existence at Norcia. They recorded an award winning album of Gregorian chant, started a brewery making terrific beer and most of all, restored a vibrant, traditional form of monasticism. The liturgy is all in Latin and the life is suitably traditional and austere, but during my visit I experienced their great joy, simplicity and monastic practicality. The were not monastic dreamers, but hard working, down to earth, funny and smart monks….just as they should be.

As a Benedictine oblate, I join with the whole Benedictine family around the world praying with our brothers in Norcia–the birthplace of our holy father Benedict.

Our prayers are with them in the months ahead, and let’s hope and pray this devastation will be an opportunity to re-built the basilica alongside the people of Norcia and the region who must also begin the task of rebuilding their towns, their homes and their lives.

It is never right to read too much into natural events. Unusual events may be omens and signs, but more often they are not. However, when the world seems to be teetering on the edge of war, with terrorism abroad and unbelievable corruption and vice in the American election, with moral decay and social unrest one can’t help but recall the example of St Benedict who, when Rome was crumbling, established simple, hard working, hard praying little communities of monks.

He did what he could with what he had where he was, and on his communities a foundation was established for the greatest civilization the world has known. As the monks re-build we should also re-built our lives, and we could do much worse than to re-build on a solid Benedictine foundation of devout prayer, hard work and fervent study. 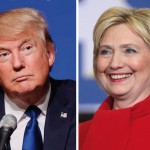 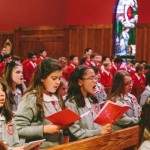 November 2, 2016 What is a Hymn and What's it For?
Browse Our Archives
Follow Us!

Not a Gumball God - A...
Faith on the Couch
Related posts from Fr. Dwight Longenecker