A reader has alerted me to a statement by a British MP in which he equates conservative Anglicans to the Muslim terror group ISIS. In this article Tory politician Michael Fabricant thinks the Anglican church should get with the times.

The longer the Anglican Communion shies away from modern liberal values, the greater the chance that its British, American and Commonwealth Churches will become mere shells of their former selves.’

He then goes on to repeat the tiresome liberal myth that getting up to date will halt the decline of Christianity.

‘Embracing liberal Christianity may actually halt the fall in the Church of England’s congregation numbers as well,’ he wrote.

‘Religiosity may be declining in the UK but it does not have to be this way. Perhaps if the Church’s teachings were more in-step with the population at large that would in turn lead to more churchgoers.’

Oh dear. The poor fellow clearly doesn’t understand that the church “getting with the times” is exactly what has caused the disastrous decline of the Church of England and the other mainstream Protestant churches. Saying they need to get even more up to date is the usual diagnosis of insanity: keep doing the same thing while expecting a different result.

This is like filling your car’s gas tank with orange juice, then when the car won’t start you decide that it must be because there is not enough orange juice in the tank, so you put more in and when that doesn’t work you lower the windows and fill the back seat as well.

Then he comes in with the corker. Criticizing the Church of England’s desperate attempts to remain “united” despite the fact that conservatives call for a return to Biblical values and progressives call for further and further concessions to the culture of Sodom and Gomorrah he wants a purge:

The delicious irony is that after he compares conservative Anglicans to the Muslim terrorist group that beheads innocent victims, burns children alive and sells women as sex slaves he then calls for the Church of England to embark on an Islamic type purge in its ranks…

Perhaps the Church should take a tough line on its less progressive elements: get with the times or get out.

‘Surely the most important thing is that the core teachings of Jesus, based around love and charity, are heard by all?”

Indeed, and like they say, “Charity begins at home.”

The Evangelicals are just about the only ones in the Church of England who are holding fast to any kind of semblance of historic Christianity.

Instead of comparing these good, God fearing Christians to Islamic terrorists the politician should mind his own business and not display his ignorance with such arrogance. 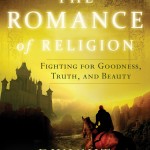 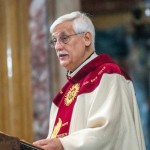