Why Christianity Is Unique 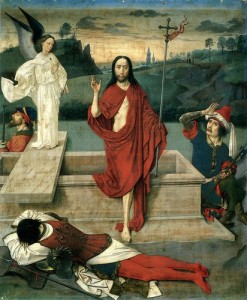 It is fashionable to think that all religions are pretty much the same. They teach people to be good and spiritual and make the world a better place right?

The first teaches, “Make sacrifices to the gods and goddesses and they will keep you safe.”

The second teachers, “Obey the rules and regulations and God will be happy and not punish you.”

The third teaches, “Forget about the problems of this life. Learn to be more spiritual. Meditate and rise above it.”

The fourth teaches, “Be good and work hard to make the world a better place.”

Many folks think that Christianity is basically a combination of all four. Different Christians emphasize different ones of the four, but all four are sort of bundled together into the popular form of Christianity which is, “Pray, obey the rules, make the world a better place and God will look after you.”

Instead Christianity is based on a simple, historical fact that cannot be refuted. It is called the Resurrection of Jesus Christ from the dead. Over here the philosopher Peter Kreeft takes apart the various arguments against the resurrection of Christ.

Your primary mission is not to attempt to please God by giving him stuff. It is not to obey all the rules and regulations to try to please him. It is not to pray more, be spiritual and so rise above this world’s problems. It is not to be a good boy or girl and try to make the world a better place.

Now critics will say, “Yeah, sure. Not the Christians I know. They’re a bunch of failed hypocrites.” Of course, and the good ones will admit as much.

However, whenever I hear cynics complain about the failed Christians I want to ask, “Why don’t you try for once to focus on the ones who are NOT a failure? I can take you to my parish and introduce you to a whole army of them. They are ordinary people who worship God, feed the poor, support the needy, love their kids, are faithful in their marriages, are kind and generous to their neighbor and forgive people who have harmed them.”

In fact, in my experience, there are for more ordinary, hard working, happy Christians who are at least moderately successful than the hypocrites we hear so much about.

The fact of the matter is that the resurrection of Jesus Christ has brought humanity into a new dimension of reality. Christians are not essentially a bunch of neurotic do gooders who are  trying to please their Almighty Daddy.

They are human beings who have been (and are in the process of being) transformed by the most amazing power to have entered human history.

The power that brought Jesus Christ back from the dead on that dark morning just over two thousand years ago. 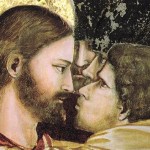 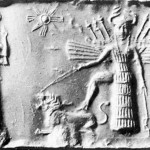 April 17, 2017 Is Easter the Religion of the Goddess Ishtar?
Browse Our Archives
Follow Us!