Some Straight Talk on Sex 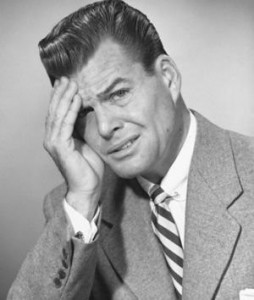 A couple of new books have come out which are stirring up discussion about homosexuality. Fr James Martin S.J. hopes his little book promoting “respect, compassion and sensitivity” for members of the LGBT community will engender “further conversation.”

Meanwhile, Daniel Mattson’s Why I Don’t Call Myself Gay is a weightier book written from first hand experience by a man who experiences same sex attraction.

While I think it is important to listen to the voices of people who struggle with homosexual tendencies, there is also a kind of Catholic bottom line on the whole issue which cuts straight to the point.

This bottom line does not have to do with homosexuality at all, but the perennial teaching of the Catholic Church on human sexual morality.

It’s simple. The Catholic Church teaches that sexual activity is only permissible between one man and one woman who are validly married. Every other sexual activity is sinful and the person needs to repent, receive forgiveness and try not to sin again.

Since this is the rule for all Catholics there should be no need for long and convoluted conversations.

The rule applies equally to all: Sex is for a man and woman who are married. That’s it.

This means people who are not married are supposed to be celibate.

That means they don’t have sexual activity at all.

I realize that homosexual people might complain about this saying, “Yes, but heterosexual people who are single can at least get married. We can’t.”

Of course there are plenty of people who have had homosexual urges who do, in fact, get married, so its not like homosexuals are prohibited from marrying in the traditional sense. It might not be advisable, but it is not impossible.

According to the Catholic  teaching all these people are expected to be celibate.

Nevertheless, this is the radical view of sexuality that is taught by the Catholic Church.

Is it difficult? Crazily, insanely difficult. And yet celibacy is achieved by many, many people who are single. Furthermore, many celibate people will say that the discipline of celibacy–while it was their cross to bear– was also the discipline that helped them grow as people and as followers of Jesus Christ.

Therefore when we consider those people who are attracted to people of the same sex, the church teaches that they too are to be celibate.

What else is there to discuss?  Further discussion on this particular point is an attempt to wiggle out of the Church’s tough expectations.

The only other thing we have to discuss is how to minister to all the people in our care who, for whatever reason, are not able to enjoy sexual intimacy with another person. How to live chastely and how to deal with celibacy is the challenge–not just for homosexual people, but for anyone who is unmarried.

As Fr Martin says, this task requires us to meet these fellow disciples with respect, compassion and sensitivity.

Happily, the Catholic Church is one of the institutions most equipped to help people struggle with celibacy.

We’re also the ones equipped to help those who fail in that struggle–with that gift called “The Sacrament of Confession.” 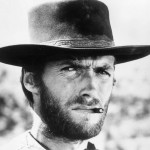 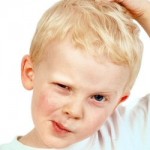 June 21, 2017 Faith, Grace and Good Works
Browse Our Archives
get the latest from
Catholic
Sign up for our newsletter
POPULAR AT PATHEOS Catholic
1

Doubt is Part of Faith, So Why Is...
When I was a child, my beloved great-grandmother passed away. She was...
view all Catholic blogs
Copyright 2008-2020, Patheos. All rights reserved.