Does the Catholic Church Need to be Reformed?

Does the Catholic Church Need to be Reformed? July 22, 2017 Fr. Dwight Longenecker 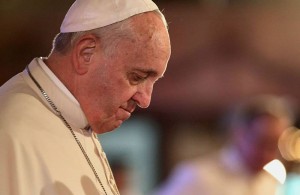 There is constant talk about Pope Francis being a “reformer” and it is assumed without anyone challenging the idea, that the Vatican  (and by extension the whole Catholic Church) is desperately in need of being reformed.

But what does this call for “reform” really mean? Everybody has their own idea, but I get the feeling that the generally agreed and assumed definition is the agenda for change that the secular media simply assume must be the right thing to do.

Here’s the media trick: First assume that the church is corrupt and needs to be reformed the set your own agenda of what reform is needed and then  tell the whole world this over and over again until they believe you.

What this fabricated call for “reform” means is first, that the Catholic Church must change her  tune on human sexuality. The Catholic Church really has to get with it and accept artificial contraception, become more lenient about divorce and remarriage, learn to tolerate (if not condone) homosexual behavior, move forward on allowing priests to marry and find ways to get around the ban on women priests. In addition to this it is assumed that a “reform” also means getting on board more with the global climate change agenda, promote global socialist type policies (ostensibly to help the poor) endorse feminism and clean up the Vatican finances.

The problem with this reform agenda is that most of it really has very little to do with the Catholic faith. This reform agenda is driven by secularists who see the world through political-fiduciary lens on one eye and an individualistic sexual liberation lens on the other eye. The big ticket items on the “reform agenda” have next to nothing to do with the Catholic faith, and yet these items occupy a huge amount of column space in the mainstream media (and by reaction) in the social media and comment.

All that other stuff: human rights, saving the environment, feeding the poor, being nice to homosexual people, helping folks whose marriage has broken down, educating the children, stopping war and being against crime and violence—all that is the result of preaching and living the gospel. It is all worthy and good, but it is not the primary reason for the church’s existence.

Do certain aspects of the Vatican bureaucracy need to be “reformed” probably, but as you shall have the poor with you always, I expect you shall also have financial corruption in the Vatican with you always. Are there church officials who are interested only in power and money? Sure. People in authority should do something about it if they can, but they should always realize that such weeds will always be growing with the wheat.

So does the Catholic Church need to be reformed? I’m reminded of Chesterton’s quip about “Christianity has not been tried and found wanting, it has not been tried.” In other words, I don’t think the Catholic Church needs to be re-formed at all. Instead it needs to be renewed. Individual Catholics, Catholic families, parishes, schools, religious orders, dioceses and the whole church doesn’t need to be reformed. We need to be faithful to our first and true calling.

If even 10% of us who call ourselves Catholics were to live out the radical gospel of Jesus Christ as it is revealed in the New Testament, taught by the magisterium of the church and lived in the lives of the saints, then there would be no need for this superficial “reform”. The church would be doing her work in the world with vigor, grace, love and joy.

Finally, what irks me most about all the talk about “reform” is that I don’t see much commitment to reform amongst those calling for reform. There is a lot of hypocrisy and judging of others among the secular progressives pushing for “reform.” Do the ones calling for financial reform in the Catholic Church tithe 10% of their income to charity? Do they refuse to do commerce with big multinational companies and refuse to dirty their hands with grubby financial dealings on Wall Street? Or like most of us, do they go for the bargain price, soak up their pension investment earnings and turn a blind eye to the little cheat here and the little double cross there?

The irony is that the people who really are doing all this are the simple Catholics the world over who are trying hard in their own way to do what they can with what they have where they are. Armies of ordinary folks in parishes and groups of faithful religious brothers and sisters, pastors, monks and nuns are simply getting on with the task of being good Catholics without tooting their horn or having the arrogance to call the church to be “reformed.” 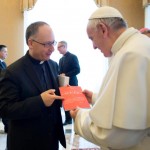 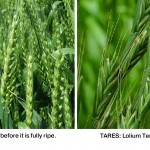 July 22, 2017 Watch Out For the Weeds
Browse Our Archives
get the latest from
Catholic
Sign up for our newsletter
POPULAR AT PATHEOS Catholic
1