Catholics Come Out Guns a Blazin’

I watched a forgettable film the other evening called Tombstone. It was a predictable Western with Wyatt Earp, his brothers and Doc Holliday shooting up the OK Corral.

It made me think of this week’s shoot out between Fr Martin and his pals and some conservative commentators. Both sides came out guns a-blazin’ about Fr Martin’s rather slight and sentimental book about being friendly to gay people.

But is it really worth all the nastiness? Fr. Z posed questions about Fr Martin’s suitability as a speaker at seminary and Michael Voris has been clobbering the media darling, but as Fr Z says here, they are mosquitos pestering an elephant. The liberal Catholics control the main Catholic media channels, the majority of mainstream Catholic universities and control most chanceries and the Vatican.

Do we really need Villanova intellectual Massimo Faggioli to come out shooting with this article which not very subtly compares Voris and Fr Z to terrorists and Nazis? I thought the urbane intellectuals were above that sort of smear campaign. Then one of the pope’s key colleagues–Fr Spadaro joins in the gunfight with a Tweet that continues the comparison to Nazis? Come now. This “you disagree with me so you must be a Nazi” tactic is the classic routine of sad people who live in their mother’s basement and troll blog comment boxes.

Then Bishop McElroy chips in here praising Fr Martin for being probably one of the very brightest and best of evangelists the Catholic Church has ever had and saying that the campaign against him is a “cancer in the church.” Again, is this really necessary?

The shoot out at the Jesuit Corral? My view is that it is what we used to call in England “a tempest in a teapot.”

It would seem that Fr Martin and his friends are trying to normalize homosexuality in the church. All you have to do is have a look at the agenda of New Ways Ministry to realize what their message is and where they want to take the church. Fr Martin and his friends clearly have no time for orthodox and faithful outreach to people with same sex attraction, or they would be pushing Courage and EnCourage. There is more on this here.

For the other side, the church has always had some hotheads. Continue Reading 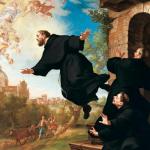 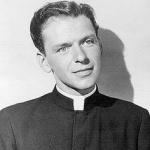 September 20, 2017 Introducing Fr Harvey Nicolaitan SJ
Browse Our Archives
get the latest from
Catholic
Sign up for our newsletter
POPULAR AT PATHEOS Catholic
1