There is an increasing amount of talk about the tribalism and division in American society. They topic of the talk is true. There is a great divide in America, but the contours of the divide that are pinpointed are rarely correct. The reasons for the divide are rarely accurate. The identity of the different tribes is rarely true.

The real divide in America is not between rich and poor, coast or heartland, Catholic or Protestant, black or white, Democrat or Republican, Jew or Gentile, man or woman, youth or age, LGBT or straight, country or city, suburbs or rural, educated or uneducated, liberal or conservative.

None of these divisions matter anymore. The real divide is deeper. It is philosophical and theological.

Put very simply, the two views are between relativism and what we might call objectivism. Relativism is the idea that there is no such thing as Truth, or if there is you cannot state it in any kind of objective manner.  Objectivism is the idea that there is such a thing as Truth, that it is objective and outside ourselves and that it can be known and communicated.

Therefore–the great divide in our society is between atheists and theists, and there are very many atheists who do not realize they are atheists or who may profess a belief in God but not in an objective moral code and therefore if they do believe in God he can be no more than the Eastern “force” or the Deist do nothing Deity.

This is the great divide in America and the divide runs right through all the above named groups that seem to express that divide. The great divide also runs through all the different religious groups. Catholics and Protestants alike have clergy and people who profess a belief in God while professing no belief in a binding moral code. They are therefore not really Christians. They are closet Deists or Hindus.

Consequently, both sides cannot sit down to talk, and that is why debate seems so pointless–because it IS pointless–unless the debate focusses on first principles and the debate is about the question of whether there is such a thing as truth or not and how one might be able to know it.

The only thing that can give way in such a discussion would be for the relativist to agree first of all that there is such a thing as truth. Then the discussion can move forward to discuss how one might discover that truth.

Until then, all discussions can only be based on opinion, emotion, sentimentality and utilitarian and political arguments.

And reliance on those arguments alone will lead first to anarchy and then to tyranny. Why? Because when society is reduced to every person’s opinion being as valid as the next person’s, disagreement will boil over into violence, and when the violence and disorder is bad enough the troops or police will be sent in and a tyrannical government will impose order. 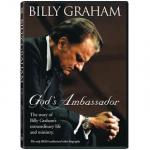 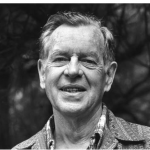