One of my favorite herbs is bay, also known as laurel.  Burning a bay leaf can cleanse the energy of a space, banish negativity, communicate your wishes to the gods, and is even said to break curses.  If you want to learn more about bay leaf magic, read on.

Bay laurel is a shrubby tree with aromatic green leaves.  You may have cooked with it, and may even have a few leaves in your spice cabinet.  The dry green leaves are wonderful in soups and stews, and impart an herbal flavor.

In Ancient Greece, the plant was sacred to Apollo, who is often represented wearing a bay laurel crown.  Wreaths of bay leaves were given to the victors at Pythian games, which were sacred to Apollo.  But the reason why the plant is sacred to him isn’t so honorous…

Ovid’s Metamorphoses describes how Apollo desired the nymph Daphne.  She turned him down repeatedly — she was a virgin nymph who preferred the company of woodland creatures and Artemis.  I can relate.  But, instead of leaving her alone, Apollo decided to chase her.  She ran through the woods, wth him close behind, at her heels.  The moment he caught up to her, she called out.  Her father, who happened to be a river god, turned her into a bay laurel tree, preserving her wishes to live in the forest with the wild animals, belonging to no man.  This is probably the first instance of bay banishing negativity.

It is said that Apollo was regretful for his actions and wore a crown of bay to banish his own stupidity and to encourage honor and valor.

Set up your altar so that your bay leaves and your marker and are to the left of the candle, and the fireproof bowl you is on the right.  On each small bay leaf, write down things you wish to release, leaving some little room at the stem to hold onto it.

For example, you could write “fears,” “old thought patterns,” “negative self talk,” “procrastination,” or “toxic friends.”

One by one, light the bay leaves with the candle flame.  It will make a lovely crackling sound.  As the leaf goes up in flames, speak aloud what you are releasing.  For example, “I release my attachment to old thought patterns.”

Drop the burning bay leaves into the fire-safe bowl.  As you watch the thing you wrote on bay leaf go up in flames, truly release each of them, letting it be transformed into something new.

When you’re done burning all the things you wanted to release, look at the remains and ashes in the bowl.  You’ve literally transformed your negative emotions and the things that were holding you back into something different.  It is now benign, and holds no power over you.

Dispose of the ashes outside your home, knowing that you’ve released the energy from your life for good.

Clear your mind and relax into the stillness. Allow your thoughts to leave your head.  Breathe in the feeling of peace, possibilities, and newness.

It’s always good to replace the banished negativity with something positive.  Create a happy memory, sing a little sing, or ring some bells.  Bring a little cheer into your home, mind, and body.

Some people also like to write wishes on bay leaves and burn them.  The theory is the same — simply let your intentions be known, and all will be well.

This bay leaf magic was used in my Blessed Be Subscription Box ritual for Yule, along with candle magic, bath magic, crystals, setting intentions, a home cleansing, aromatherapy, and much more.  It’s a great way to celebrate the Winter Solstice and to get a fresh start on the solar new year.

If you enjoyed this article, check out my post about The Cleansing Power of Salt Bowls: Removing Negative Energy From The Home. 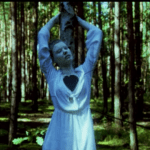 November 30, 2018
Dead Can Dance is Alive with New Album, Dionysus
Next Post 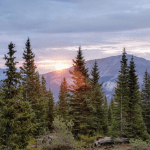 December 13, 2018 Yule Ritual: Rebirth of the Soul
Recent Comments
5 Comments | Leave a Comment
"BunniHoTep thanks you!"
elffkat New Gods: The Future Of Paganism ..."
"LOL."
Mark Green 5 Reasons Why Pagans & Witches ..."
"I can't believe the author is intentionally being arrogant, but Mark, it's always important to ..."
Lloyd Hargrove Leading With Empowerment, Not Shame
"Thanks for sharing. I read one blog about Bayleaf on iahas.com they have also explained ..."
Jesse Bay Leaf Magic: Burn and Banish
Browse Our Archives
Related posts from Starlight Witch