FOLLOWING our report four days ago that the joyless leader of the Christian Peoples Alliance – Sid Cordle, above –  had been fined for £100 for breaching a buffer zone outside an abortion clinic in London, comes news that MPs are voting today on a bill that would protect women from being harassed by anti-abortion Christian fanatics outside all clinics in England and Wales.

According to the BBC, the bill is being introduced Labour MP Dr Rupa Huq who said:

This bill would have them moved away from clinic gates of all abortion facilities so they can stop the emotional blackmail of calling women ‘mum’, lining the pavement with gruesome foetus dolls and images and filming women to shame them.

It was this buffer zone that Cordle breached by placing anti-abortion propaganda at the entrance to the clinic.

Ealing Council said a 100-metre exclusion zone at the Marie Stopes centre had been put in place after women complained of being intimidated.

Although Ealing Council has managed to legally remove anti-abortion protesters Dr Huq, above, says this is “only temporary” and will need reviewing next spring.

She also says the process is:

Too hard, expensive, and the evidence burden is too high to expect councils to pick this up themselves. This is a national problem… that requires a national solution.

Alina Dulgheriu who brought the legal challenge against Ealing Council, has said the ban:

Criminalises speech, assembly, charitable support and prayer. My little girl is here today because of the real practical and emotional support that I was given by a group outside a Marie Stopes centre, and I am going to appeal this decision to ensure that women do not have this vital support option removed.

I cannot imagine a society where a simple offer of help to a woman who might want to keep her child is seen as a criminal offence.

Christian Concern reacted to the vote by saying:

Since additional powers were handed over to councils in 2014 by former Prime Minister Theresa May, a number of local councils have already introduced ‘buffer zones’ around local clinics. Most notably, this includes one abortion clinic in Ealing – Dr Huq’s own constituence (sic) – where pro-life campaigner Christian Hacking was arrested for praying in August 2019.

A wheelchair user, Hacking, above, was arrested by police when they determined that he was violating a Public Spaces Protection Order (PSPO) by praying outside the Marie Stopes abortion clinic in Ealing.

He was prosecuted for the offence but charges were dropped because there was not enough evidence to provide a realistic prospect of conviction.

My Christian faith calls me to defend the voiceless and what more peaceful way can I achieve this than through prayer. If abortion providers don’t want me praying outside their clinic they should buy the land and ring fence it. Not arrest people for doing what they don’t like on public property.

After I labelled Cordle  “clueless” and “stupid” for breaching the Ealing buffer zone, he challenged me in an angry email to “a debate”. When I pointed out that a proper place for an exchange of views would be the the comments section of the Freethinker and not a face-to-face conversation on Zoom, he responded with four points, which I answered.

Here’s the email I sent him:

Please stop embarrassing yourself. You’ve thrown up four points that I can easily dismiss.

You are scared to debate you coward.  All you can do is insult.  You’ve completely lost the argument.

I am most certainly not a coward. Over a space of 50 years I have debated far more intelligent Christians than you, and have won every time. But there came a point when the winning became tiresome and I gave it up. I never lost this argument because there was no argument to begin with. All I did in my report was to state the facts, one being that you are a very stupid individual.

I am right abortion is evil and you cannot deny it.

No you are wrong! The real evil is your imaginary god:

“We know that God killed millions of unborn children and their pregnant mothers-to-be in the Noachian deluge, the conquest of Canaan, the incineration of Sodom and Gomorrah and in 20 major slaughters described in the Bible. The critical feature of these horrific events is that all people were exterminated.

“Whenever entire communities were massacred, we can be sure that pregnant mothers-to-be and their unborn children were among the victims. Moreover, there are no stated exemptions for this specific segment of the population. It can be concluded from this ghastly program of human annihilation that the God of the bible is the greatest mass murderer in history and that he does not care about unborn children or living children or living adults.” [Source. ]

I am right God can infuence (sic) the weather and you cannot deny it.

As your god does not exist, we can only deduce that nature, which has no agenda, influences the weather. “The rain it raineth on the just And also on the unjust fella; But chiefly on the just, because The unjust hath the just’s umbrella.” – Charles Bowen.

I am right homosexuality is sin in the eyes of God and you cannot deny it.

As an atheist, the concept of “sin” is meaningless. Homosexuality is no more unnatural than being left-handed or having red hair.

After that, Cordle, who’s party polled fewer votes (6,486) than the Official Monster Raving Loony Party (9,739 votes) in the 2019 general election, went schtum after that. 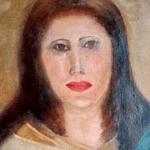 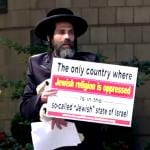