Man at the centre of a Catholic row over life support is dead January 27, 2021 Barry Duke

CHRISTIAN Concern, made up of busybodies intent on sticking their noses into issues that don’t concern it, is lamenting the fact a Polish man, known only as RS, died yesterday after being taken off life support despite their efforts to have him repatriated to Poland for ‘palliative care.’

The Polish authorities then became involved, fomenting what threatened to develop into an ugly diplomatic row.

Poland’s Deputy Justice Minister, Marcin Warchoł, above, described the negotiations between Poland and Britain for the survival of the Polish citizen as:

According to the Catholic News Agency (CNA), Christian Concern, run by the ghastly Andrea Minichiello Williams, said in a statement:

Following a courageous legal and diplomatic battle fought by members of his family and the Polish government to have RS repatriated to Poland, RS lost his life just as Poland was seeking to enforce a judgment of its courts to have him airlifted to a Polish hospital for further treatment and care.

Last night (Jan. 25), the family’s lawyers urgently wrote to the hospital’s lawyers, insisting that nutrition and fluids be reinstated in view of the diplomatic status granted by Poland and the decision of a Polish court. The hospital refused to re-commence life-sustaining treatment in the morning, and reported RS’s death later during the day.

I am devastated that the British authorities have decided to dehydrate my son to death. What the British authorities have done to my son is euthanasia by the back door. Depriving him of nutrition and hydration is functionally the same as giving him an injection to end his life, except that the entire process is longer, degrading and inhumane treatment.

Christian Concern said that family members had recorded videos of RS during a hospital visit and asked Fr. Patrick Pullicino, a neurologist and Catholic priest, to interpret them. He concluded that the videos indicated “a clear emotional response to the presence of family members” and recommended further tests.

But at a hearing on December 30, the hospital said that the patient’s condition had not changed and a judge rejected suggestions that RS should be moved to Poland.

Government officials had sought to intervene amid a mounting outcry about the case in Poland. Proposals included giving RS a diplomatic passport, removing him from the jurisdiction of UK courts.

The case, according to the CNA, also raised alarm among Catholic bioethicists and bishops.

The Anscombe Bioethics Centre in Oxford issued a press release and briefing paper on January 12 raising concerns about the moral reasoning of the judges in the case. David Albert Jones, the center’s Director, said that the judgment:

Set very worrying precedent. The grave danger of this judgment is that committed Catholics and those who hold a similar view about the human significance of food and drink may be starved and dehydrated to death against their will.

Very worrying. My prayers are with the patient, his wife and family, and for all those involved in his care. The decision of the court to allow for the withdrawal of hydration and nutrition is very worrying. That it is deemed to be in the best interests of the patient more so.

Providing food and water to very sick patients – even if by artificial means – is a basic level of care. This is care that we must strive to give whenever possible.

Archbishop Stanisław Gądecki, above, President of the Polish bishops’ conference, wrote to his English counterpart Cardinal Vincent Nichols on January 19, asking him:

To undertake steps towards saving the life of our compatriot.

In his letter, Gądecki said that public opinion in Poland had been “shaken” by the case.

In fact, he was sentenced to death by starvation.

Bishops said in a letter to Health Secretary Matt Hancock:

Providing food and water to very sick patients, even by assisted means, is a basic level of care. This care must be given whenever possible unless it is medically indicated as being overly burdensome or failing to attain its purpose.

I express my deep sorrow over the death of a Polish man in Plymouth. I pray for heaven for him and for comfort for his family. Let us boldly say ‘NO’ to the barbaric civilization of death.

A spokesperson for the Catholic Bishops’ Conference of England and Wales said:

We are deeply saddened by the news of the death of Mr. RS and offer sincere condolences to all of his family both here and in Poland. We wish to assure them of our prayers for the repose of Mr. RS’s soul, and in doing so we will be joined by the Catholic community here, whose hearts have been touched by this tragic case.

We pray that what happened here will not be repeated in the future, and hope that all those requiring Clinically Assisted Nutrition and Hydration (CANH) will be treated with proper human dignity. May he rest in peace.

January 27, 2021
God is the 'cure' for homosexuality says N Ireland educationist
Next Post 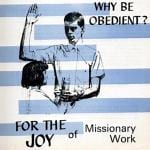