Exposed: the evangelist who was assaulted on a university campus

Exposed: the evangelist who was assaulted on a university campus September 20, 2021 Barry Duke

WHEN we reported on September 16 that a misogynistic preacher had been beaten up by a female student at the University of Alabama at Birmingham (UAB), we did not have his name.

What we’ve learned about Rust since the incident is that he and his wife Mary have been haunting campuses for some time, and right now a petition is running calling on authorities to have him banned from the University of North Alabama.

The petition, created by “KPW” says:

Walkabout Jesus is a hate group that has been terrorizing UNA students for a while. They are pretending to preach the gospel – but go against everything the Bible stands for. They stand at various places on campus including the amphitheater, in front of the stone lodge, and by the library – which disrupts many students’ days.

They loudly call students whores, the antichrist, and many other names. They condemn these students to Hell and judge them on sins they don’t even know if they have committed. They hold up signs that include things such as aborted fetuses – something that could be triggering to many.

After the debacle at UAB, Rusk was arrested for “disorderly conduct/disturbing peace/affray and simple assault 3rd degree. It appears he wasn’t charged.

In January this year, the Shoalanda Speaks blog revealed  Walkabout Jesus flogs a T-shirt bearing the image below: 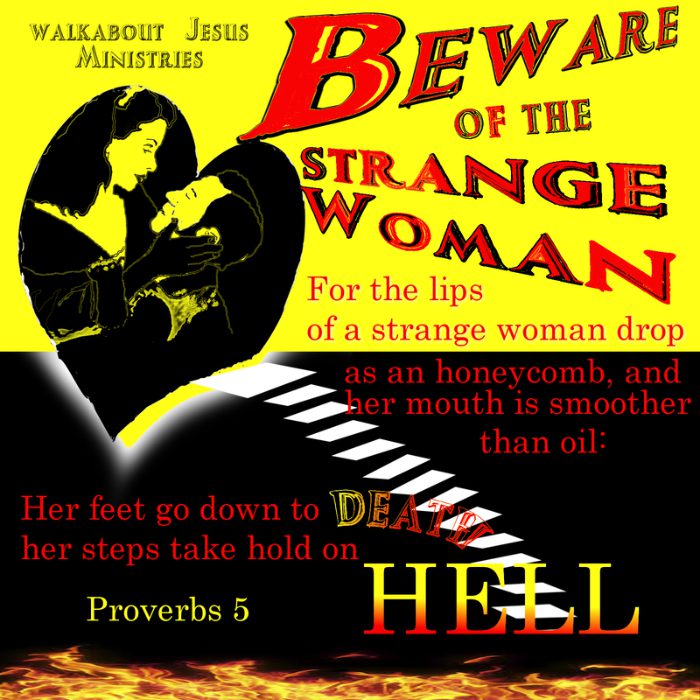 Last month, Rusk and his equally deranged wife targeted Straight to Ale, a venue in Huntville that hosted a drag queen brunch.

Today we went to rebuke the drag thing brunch at Straight to Ale in Huntsville. Grown men dress like whores and dance for little children almost every month here!

We also rebuked The Net “church” which shares a parking lot with this wicked business and does nothing to oppose the evil.

Overall, the church members seemed to think it was hysterical that we were angry over the grooming and sexualization of little children. Woe unto those who call evil good, and good evil!

Five drag queens came out and mocked. Drag queens are NOT for children! We shouldn’t have to explain that to anyone.

There were some positives; some people stopped at the light were very sympathetic, and hated what was going on. We invited them to stand with us but they declined.

Just another day in Dumpsville; a city that murders their preborn children and destroys little children’s souls.

Young women: you don’t need college; you need FAITH, a BIBLE and a good cook book.

I note that the fanatic is not a fan of  yoga pants … or lesbians:

September 19, 2021
Bible verse cock-up on a billboard comparing Trump to Jesus
Next Post