Earlier this week a non-verbal autistic child was denied registration for First Communion at a parish in New Jersey. Now the story has exploded in the media. I saw the post early & decided to post a general prayer petition on my page, while messaging the family offering to be a kind of mediator. At that point, the post only had a few hundred shares compared to 10,000+ now, and I hoped we could work through a solution. Now that opportunity is lost and media attention has made the Church look bad.

I want to go over the situation briefly then draw two sets of lessons. The first lesson relates to the actual norms. The second lesson how this case gives both the Church and the media pause regarding our relationship.

The Situation for This Family

Anthony LaCugna, an 8-year-old non-verbal autistic boy, was recently denied registration for First Communion at St. Aloysius parish in Jackson, NJ. Nicole LaCugna, his mother, said that had spoken to the parish two years ago about doing homeschool catechesis with him, and the parish then seemed on board. She had hoped to have Anthony receive at a normal Mass in April, as the main First Communion Mass seemed too active for him.

On Tuesday, February 25, Anthony’s father made a now-viral Facebook post announcing this. His father was evidently upset by this, stating: “This is very hard and upsetting to comprehend when we all are created by God and now our son is being shunned from the Catholic faith due to his inability to communicate.”

The parish responded with a post indicating they were looking into things so they could better serve autistics. However, Nicole told a local radio station that the parish had not contacted her and the post left open that the parish might delay Anthony’s First Communion. A different story on NBC said the family was made aware of the changes. I don’t know if they were only made aware through the media, or the parish or diocese reached out more personally.

The USCCB Norms Versus Parish/Diocese Norms

The father’s Facebook post noted, “Anthony is unable to determine right from wrong due to his disability they [the pastor and parish] feel he is not up to the ‘benchmark required to make his communion.'”

The parish’s Facebook post in response, which the diocese reshared, noted, “New information has come to light which allows us to by-pass previous Diocesan Guidelines to better serve this subset population. The original guidelines we followed state that a child must have a basic rudimentary simple understanding of Right and Wrong to receive First Reconciliation. For First Communion, again at a simple, basic, rudimentary level, the child has to be able to distinguish ordinary bread from the Body of Christ.”

The USCCB (US Bishops’) norms go further than the diocesan norms and make me wonder if any by-passing of guidelines needs to be done as the parish proposes. The USCCB bases its rule on canon 913, which states children can be given Communion “if they can distinguish the body of Christ from ordinary food and receive communion reverently.” Furthermore, the USCCB notes, “Cases of doubt should be resolved in favor of the right of the Catholic to receive the sacrament. The existence of a disability is not considered in and of itself as disqualifying a person from receiving Holy Communion.” I suspect the cases would be almost nonexistent where a child was physically capable of receiving Communion and completely incapable of distinguishing the Eucharist from other food. The requirement is not that they recognize transubstantiation but something akin to “food at church” vs. “food at home” would suffice. I have more fully explained these rules before.

Finally, I think it is worth noting based on the testimonies of quite a few non-verbal autistics able to communicate using assistive technologies (AAC) or computers later in life that they understood much more that they were able to express as a child.

Lessons for the Church

As a Church, we have to be aware of how things will play in the media. Before telling someone they cannot have a sacrament, we need to check and double-check to make sure this is the right decision. Today, an angry family is likely to go to the media and the media is likely to take their side. The reality is that there are legitimate reasons to deny sacraments but also many illegitimate reasons. The former are sometimes struggles for the Church to clarify. The latter reasons just make the Church look bad.

Years ago, a priest in my home diocese canceled a church wedding when he read the bride’s name in the local paper as a spokeswoman for Planned Parenthood. This same diocese more recently said that anointing of the sick cannot be given when a person has chosen euthanasia or assisted suicide. These are legitimate as the person is willfully, obstinately, and manifestly choosing contrary to the faith.

However, a case like this non-verbal autistic boy is different. Likewise, if you remember a case a few years ago where a lesbian was denied Communion at her mother’s funeral. Even Dr. Ed Peters, one of the prime promoters of applying 915, the canon about denying Communion, said that these standards of obstinate perseverance and manifest sin were not met in the lesbian’s case as the priest had only found out just before Mass in a private conversation.

Lessons for the Media

There are several obvious places to look for comment regarding Catholicism & autism. Three immediately come to mind that are top Google results: the National Catholic Partnership on Disabilities, myself, and the USCCB norms cited above. A good journalist would have done simple background research with one or more of these to give the story context or to get the other side of the story.

In their reports, Fox, two ABC affiliates, NJ.com, NBC News, and The Mighty did not quote any of these. The New York Post and New Jersey 101.5 at least found the USCCB norms and cited them. Nobody sought me out save Deacon Greg Kandra who will probably cite this blog over on his daily Catholic headlines site.

I hate seeing children denied Communion for their disabilities. I can understand when we postpone first reconciliation, even indefinitely, due to a lack of understanding. However, not all sacraments require cognitive knowledge of what is going on. One should not receive confession, matrimony or holy orders without cognitive knowledge. In confession, for example, our contrition – sorrow for sin and desire not to repeat it – is the quasi-matter of the sacrament. Thus, one needs to have the cognitive ability for contrition to be properly prepared for confession. However, the sacraments of initiation require no cognitive knowledge as they can be given to an infant (as in common in the Eastern Church). This is not to say we should not ask the majority of children to do normal sacramental preparation and confess before Communion, but a recognition that we should not deny it in a case those things are not possible. Let’s pray for this family and all families struggling with similar issues.

Note 1: Please support me through Patreon as I rely on donations.

Note 2: Someone pointed out that Thomas Aquinas answered similarly. This is worth reading if you want more info.

The diocese of Trenton posted an update in their diocesan paper. I quote and comment on a few parts:

Following up on an earlier message in which he first announced a path forward for the child to receive the Sacrament without delay, Father Bambrick said that the matter had “generated a great deal of confusion and concern, which I would like to address.”

The statement reads: “While we had tried to adapt our preparation process to accommodate the child’s special needs, there was an unfortunate breakdown in communication that led to a misunderstanding. A delay in receiving the Sacrament was discussed until readiness could be assessed; there was never to be denial of Communion to this child.”

Although the current statement does reflect that the child’s First Communion will be able to happen this coming Spring, “without delay.” It is inaccurate to characterize the prior statement as giving the same clear indication. The family’s words to local media that as far as they knew, their child may still need to wait a year is not an unreasonable reading of the first statement.

Reflecting on how the issue was managed, Father Bambrick stated, “I regret that this matter evolved as it did and, for our part, acknowledge that it could have been handled differently.”

He added, “It is extremely unfortunate that, as a result of this controversy, there are families with special needs children who may now doubt the Church’s commitment to welcome all children into their religious education programs. Nothing could be further from the truth; special needs children and adults are welcomed and ministered to in parishes across this Diocese, and throughout the Church, including this parish.”

Yes, it is good to take responsibility and this definitely did give a negative impression of the Catholic Church to many in the disabled community. I saw a lot of vitriol on disabled Twitter and autistic Facebook groups. And the reality is that it seems like a pretty avoidable issue, as I explained above.

Pastoral care and catechetical  preparation for those with special needs is a clear mandate for the Church and is carried out in the parishes, as well as special programs run throughout the Diocese.To learn more, visit the web  page for the Holy Innocents Society.

I had not seen this before. The idea of having a diocesan society to focus on special needs catechesis may be a good idea. However, this is not without peril if it leads to a sense that the disabled are only to be ministered to, not ministers or they are unable to participate in activities with their non-disabled peers.

February 27, 2020
Warning: Fr. Tetherow Is Back at an Independent Latin Mass Chapel
Next Post 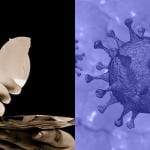 March 18, 2020 Obedience Is a Virtue: Follow Your Bishop’s Rules!
Browse Our Archives
Related posts from Through Catholic Lenses