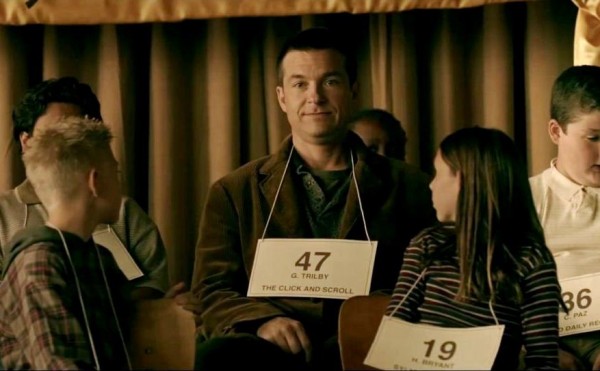 I’m not really sure why I’m here, waiting to talk to Jason Bateman as he enters this Washington DC conference room to discuss his directorial debut. Bateman retains his 80s teen heartthrob charm.  He doesn’t seem old enough to have been on Little House on the Prairie and Silver Spoons. Of course, we’ve seen him more recently as Michael Bluth on Arrested Development.

His Bad Words is not a film I imagine many of my readers will see. It doesn’t scream faith-based audiences.

As Bateman freely admits, Bad Words is not for everyone.

“It’s certainly not for those who are easily offended. Please stay away. We’re not trying to trick those people into the audience. We don’t want those people wasting their money on this film. This will not be a good experience for them.”

He’s right, in a way. Rated R, the film has persistent swearing and R-rated discussion of adult topics, sexual situations, nudity and drinking.

If you’re a certain type of person, however, it’s quite good and quite funny. Bateman directs and stars and it’s clear that he has as much talent in directing as we already know he has in acting.

He’s not above sidelining competitors by devious – and inappropriate- means. He is in to win, but not for the glory or money. He’s got a more nefarious goal.

Can you spell “despicable?” 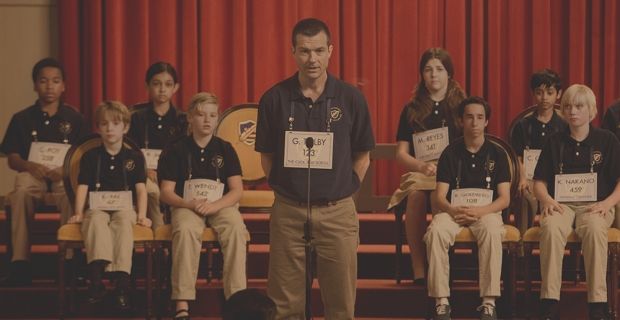 That’s all good, if raunchy, fun. The more troubling part of the film is his bromance with a young competitor, Chaitanya Chopra (Rohan Chand). Left to his own devices by a tough-love father, Chopra latches on to Trilby. As the bitter, nasty Trilby becomes friends with the little boy, he introduces him to his world.

Which includes things like buying him alcohol and showing him his first sight of naked breasts, courtesy of a friendly prostitute.

I was deeply uncomfortable with this, as you can imagine. It’s one thing to have Hangover – or for that matter Arrested Development – style adult humor with adults. It’s quite another with children, and little Chopra not even shaving yet. 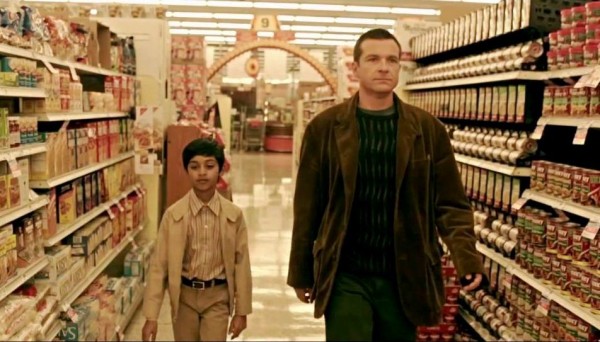 Of course, this isn’t the first time this sort of thing has come up. Often I ignore films that go too far or have no value, or, depending on my mood, blast them (especially if they’re nominated for Oscars.)

For the most part, though, I am so tired of Christians scolding Hollywood, Nashville, DC, New York, and the rest of the world. It’s just not productive, nor is it interesting. I suspect it makes the scolder feel superior and little else. Scolding, in families or in the public sphere, is not conversation.

Plus, I had a basic problem. I was deeply uncomfortable with the content, but I very much liked what Bateman did with the rest of the film. There’s more than a little redemption wrapped into the story of Guy Trilby.

There’s a coming into maturity and a turning away from revenge and even a hard-edged love story that has a whiff of truth. (Kathryn Hahn plays the spelling bee sponsor and love interest.)

I like Jason Bateman as well. He strikes me as much an R-rated kind of guy as they come, but smart and with something interesting to say to my – our – generation. (We’re essentially same age.)

“I just happen to be a person that enjoys the messages or the redemption of any flawed characters to be a little bit more subtle than what is in films with a rating of PG-13 or PG. And some people like those messages a little bit more clearly,” he told me. “And that is absolutely their prerogative.”

Plus, Bateman isn’t as scandalized as some in America at the partial nudity in the presence of a child.

“I didn’t go out of my way to like shield him from boobs, you know, it’s like you know, people sunbathe in Europe without tops on. It’s not a continent full of murderers. It’s just like, nothing that wrong with it as far as I’m concerned.”

It’s tough. I don’t feel I can recommend the movie but there is a lot I like about the ultimate maturity of Bateman’s vision and Andrew Dodge’s script.

Perhaps Jason Bateman serves his edgy audience by bringing them a redemption story in their own language.

Perhaps he crosses lines that shouldn’t be crossed.

In any case, I appreciate his willingness to talk about his vision and his choices with me. 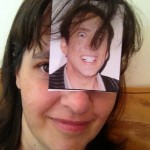 March 7, 2014
The Horrible, Awful Story of How My Children Caged Me - Nic Cage, That Is
Next Post 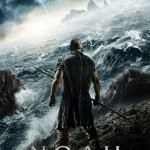 March 20, 2014 An Invitation to Listen: How Christians Should Think about 'Noah'
Browse Our Archives
Follow Us!