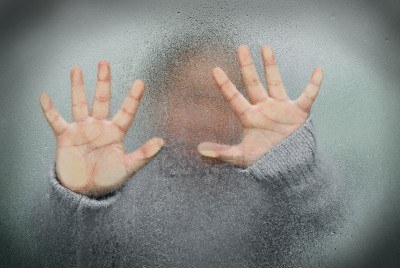 In rhetoric, a dog whistle is a way to say something that seems innoucuous to most of your audience, but carries a message to a core group of supporters.  Think of businesses that include a small Jesus fish in their ads, or when some Southern politicians in the 1960s used ‘states-rights’ as signal to listeners that they shared their not-quite-federalist-related objections to the Civil Rights Act.

But a reverse dog-whistle is the term I’ve been using for when a speaker says something they assume is innocuous or has only one meaning, and it has a nails-on-a-chalkboard screech for the non-supporters the orator was trying to persuade.  PEG highlights two examples (the socialist realism style in the Obama poster, and the Melissa Harris-Perry school ad) in his post “Things That Make One Side Freak Out.”

Because infrequently, we get these moments when one “side” freaks out over some not very important, symbolic thing, and it’s pretty clear that the other side doesn’t even understand why the other side is freaking out. I would like to propose that symbolic freakouts reveal, and often get to the core of, our value systems and they way we see the world. They get to our cultural environment, etc. And when other people not only disagree with the freakout, but literally don’t understand it, that’s a major Ideological Turing Test #fail, and a serious one, since it gets at the core of why we disagree in a way that, say, disagreements over tax rates don’t.

When I’m in an argument, puzzling out what I’m missing to not hear a reverse dog-whistle tends to be pretty fruitful line of inquiry.  It makes it easier to communicate with my opponents in a way that isn’t painful or exhausting for them to listen to (and, after all, they have no obligation to listen to me; it’s okay to walk away from a fight).  But, more importantly, as PEG points out, it helps me start to notice the thing my opponents are trying to protect.

Then I can pause and notice whether I also want to conserve this thing/person/tradition.  Have my opponents helped me by pointing out I’m weakening the fortifications?  Or does my philosophy have a built-in safeguard that theirs lacks; I might have neglected to mention it, because it’s so obvious to me that it’s in place.  (Imagine a doctor being confused by a nurse trying to stop her from administering a medication, until she remembers she forgot to note in the chart that she discontinued the other drug the patient was on, and the nurse would be right to be worried about possibly lethal interactions, if he didn’t have that piece of information).  Or maybe I don’t value the thing my opponent is trying to protect, and we can skip right to that part of the fight, instead of the kind of tangential fight we’re in the middle of.

But there’s another domain in which I think it’s useful to be curious about an audience’s flinch, instead of frustrated or resentful.  The word ‘privilege’ seems to be verging on a reverse dog-whistle itself. but I think it can be aptly analogized to uttering them habitually.  Part of the idea of having privilege is having your default way of speaking/acting/looking/etc accommodated by everyone else.  It’s not such a good fit for the people not in your group, but they’ve gotten pretty good at doing whatever it takes to pass, even if it’s uncomfortable.

In this framework, being privileged is like being on the wrong side of an Ideological Turing Test.  Nearly everyone can approximate the mainstream position (your position), but people in the plurality don’t know how to imitate the smaller/less-powerful groups.  Think of everyone learning conventional Chinese characters, and only women knowing Nüshu script.  Or the development (due to sex-segregated schools) of Irish Men’s Sign Language and Irish Women’s Sign Language (women learned both, most men were monolingual).  Or back to Bryan Caplan’s initial invention of the Ideological Turing Test, when he claimed that all econ grad students have to learn Krugman’s Keynesianism, but that most people in the mainstream don’t understand the substance of the libertatian critique.

So when you notice that you’re doing something that makes your opponent flinch, get curious.  What unmentioned conflict did you just stumble on?  What reverse dog-whistle just came out of your mouth, and why doesn’t it affect you? Are you part of a group that tends not to have to understand the other side, since your experience/affect/looks are treated as a lingua franca?

You might end up being able to make a small, reasonable adjustment.  You might end up changing your mind in a big way.  You might feel like you’ve been told you’re hurting people, without a way to stop. Or you might figure out that your disagreement goes back to first principles, and this is going to be tricky.

But it helps a lot to treat the flinch or the comment “check your privilege” as data.  Your opponent just told you something you thought was trivial is important and that may help one or both of you lose quickly.

Sindaloke wrote an essay on privilege that tends to be better liked than most, so here’s the link. 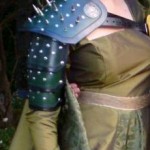 August 7, 2013
Come Pick a Useful Fight with me in NYC
Next Post 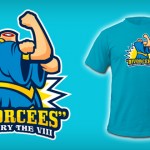 August 9, 2013 7 Quick Takes (8/9/13)
Recent Comments
130 Comments | Leave a Comment
Browse Our Archives
get the latest from
Catholic
Sign up for our newsletter
POPULAR AT PATHEOS Catholic
1

Catholic
A (Narrow) Win for T.H. White in the...
Unequally Yoked
TRENDING AT PATHEOS Catholic