Scott of Slate Star Codex posted a short story this week which I greatly recommend and do not want to spoil.  It’s called “The Study of Anglophysics.”  Go enjoy yourselves.

Scott’s story is science-fictional, but there’s a possible deity lurking in it (of an odd sort).  Meanwhile, back here at Patheos, Will Duquette has an interesting essay up on fantasy writing, specifically Christian fantasy.

Much fantasy fiction, perhaps counter-intuitively, also assumes the naturalistic view of things. Since the publication of J.R.R. Tolkien’s essay “On Fairy Stories”, most fantasists have seen themselves as creating fantasy worlds that follow well-understood and immutable laws. These laws are undoubtedly different than those of the real world, but that’s the point of most fantasy—it doesn’t take place in the real world. Such worlds often contain ghosts, and dieties, and stranger creatures as well, because that’s how the author wrote the rules. For all that she’s a werewolf, Terry Pratchett’s Corporal Angua is no more supernatural in her world than a motorcycle cop is in ours.

To the Christian, of course, the naturalistic view is true so far as it goes, but it is severely limited. God is not subject to natural law; God is, in fact, the creator of the natural laws, and of the very matter and energy whose processes they describe. Christian fiction, in this second sense, is simply fiction whose philosophical underpinnings are those of Christianity. That is, it is fiction that takes place in worlds in which Christianity is true.

He lists some examples, good and bad, for you to check out.

And while we’re on the topic of world building, I see no reason I can’t bring in non-fictional examples.  Seth Kadish put together some cool visualizations of how gridded the streets of major cities are.  (h/t Nathan Yau). 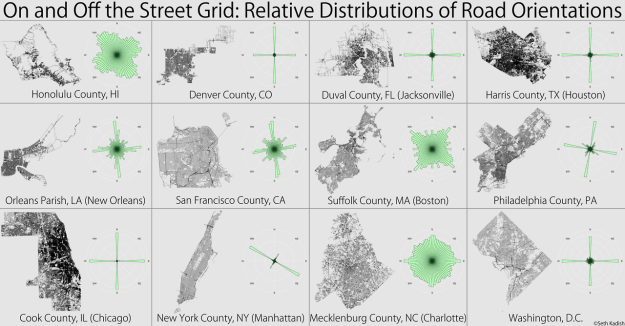 There’s also a cool feature in The New York Times on the effort it takes to fill out the details of a world.  In this case, the worldbuilders are assembling dinosaurs for a museum exhibit.

In one corner, a sculptor was shaping clay to create a cat-size flying reptile, a rhamphorhynchus, using a tracing of the animal’s footprints that had been captured in a stone trackway excavated in Utah. In a back room, in hazmat suits and respirators, a team of three was building another kind of a pterosaur, as the flying reptiles are known: a nine-foot-long tropeognathus from foam, fiberglass and epoxy around an aluminum frame.

But in the center of it all was the big daddy — the 28-foot-long quetzalcoatlus, with a wingspan as wide as a fighter jet and a crested head the size of a canoe. As the star of the museum’s latest show, “Pterosaurs: Flight in the Age of Dinosaurs” opening on April 5, he has had four artists assigned to him full time since December.

Hannah Rawe, a sculptor, was seated next to the foam-filled animal, scratching what were supposed to be tiny hairs into its huge shoulder. At one point, she stopped to ask her boss where the hairs should end and smooth skin should begin. They emailedAlexander Kellner, one of the two curators of the show, a paleontologist at the Museu Nacional in Brazil. Stop at the wrist, he instructed them. And so Ms. Rawe did.

Also at Patheos, PEG has a beautiful essay, taking a look at the world of the Gospels and showing how every story Jesus tells and enacts is really a story about the Mass:

The Healing of the Deaf-Mute Man. I love this story, because it summarizes the entire Gospel. Jesus heals us, and says Ephphatha, be open. Be open! Be open to grace. Be open to the Gospel. (By the way, the grace of God opens us, but then it’s up to us to cooperate with that grace. #CatholicPitches) What else happens? Jesus puts his saliva on the man’s lips and tongue. What an incredible gesture! I can’t ever shake that image. Jesus and the deaf-mute man, face to face. Jesus licking his fingers and putting his saliva on him. Imagine Jesus Christ, the Lord, touching your lips so tenderly. It’s a kiss. In some ways, it’s even more intimate than a kiss. He’s the Word of God! He doesn’t need to mess around with saliva to heal a deaf-mute man. But he wants to! It’s communion. Jesus puts His body on the man’s tongue. That’s what opens him. He receives the Body of Christ.

The Emmaus Pilgrims. This is the most striking one. The story of the Emmaus Pilgrims is one of my favorite from the entire Bible. Are we not all the Emmaus Pilgrims, wandering around, totally clueless, with Jesus walking on our side, and us not noticing Him? That’s the superficial (and true) meaning of that story. The other superficial (and true) meaning of that story is that, yes, Jesus of Nazareth really did bodily rise from the dead–people saw it. But what is the story of the Emmaus Pilgrims? What is its structure, its nature? It’s a Mass! It follows the Order of the Mass. First the Pilgrims hear Scripture, and expository preaching on Scripture. Then they come to a table, for what? The Eucharist! Jesus blesses the bread and the wine, and that’s when their eyes are opened. What just happened? Christ the High Priest performed the sacrament of the Eucharist! You just got ephphatha’d, bro.

And while I’m mentioning links of the type “Every X is a Y story” I realize I’ve never mentioned my mother’s book on this blog, and I probably have some homeschooling readers to whom it would be useful.  My mom teaches people who will be social studies teachers how to teach social studies and is the author of Every Book is a Social Studies Book, which gives lesson plans and general principles for using literature (on the elementary school level) to learn about community, history, and civics.  A teacher just wrote a nice thing about it here.

And, finally, speaking of teaching, Math with Bad Drawings has a charming cartoon about struggling to articulate his “teaching philosophy.” 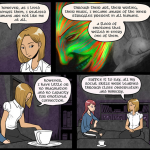 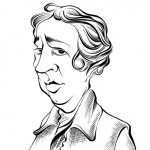