We already had roses and a cat in contention, but I think Pedro may win for best picture with my new book, Arriving At Amen: Seven Catholic Prayers That Even I Can Offer so far.  He took this at a Brazilian Congressional hearing that he was speaking at. 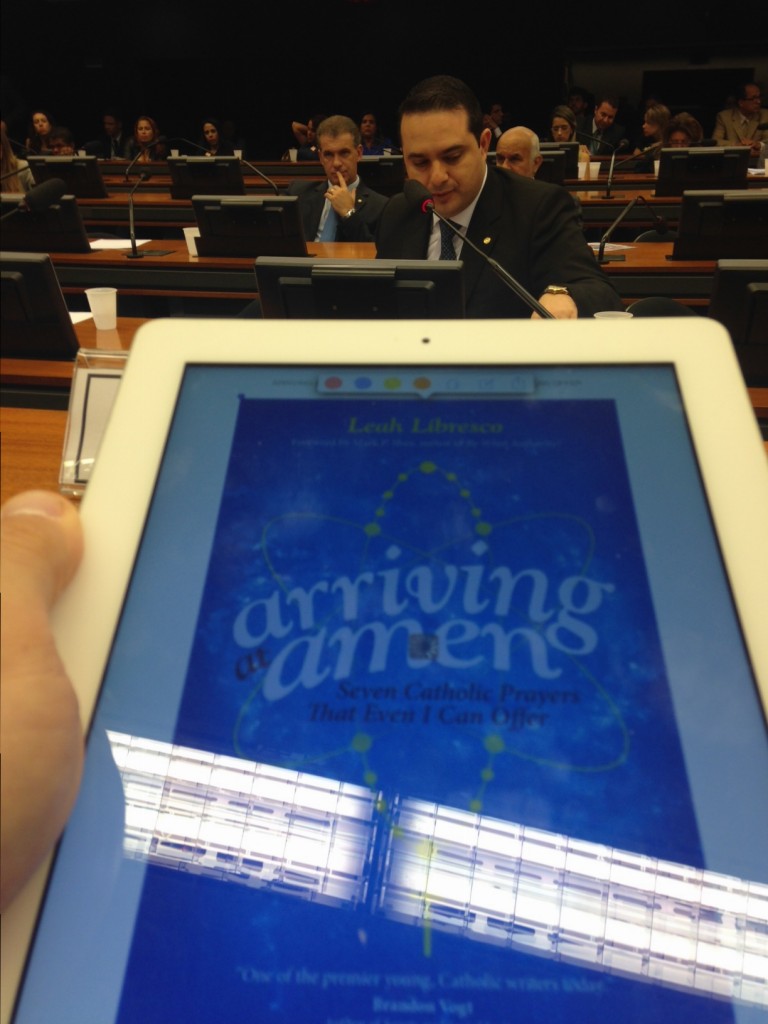 I’d love to see more action shots from readers — if you don’t have access to a Congress for photoshoots, why not conquer Luxembourg or something, to get a better backdrop.

Or come to one of my upcoming book talks in DC, NYC, or Boston, and take your picture with me!

Most of my activities this month fall into one of two categories: book promotion or strange Shakespeare adaptations.  This month, I’m going to see:

And in one more strange Shakespeare-derived work – Good Tickle Brain is doing a series of comics telling the story of Hamlet through the songs of The Sound of Music. 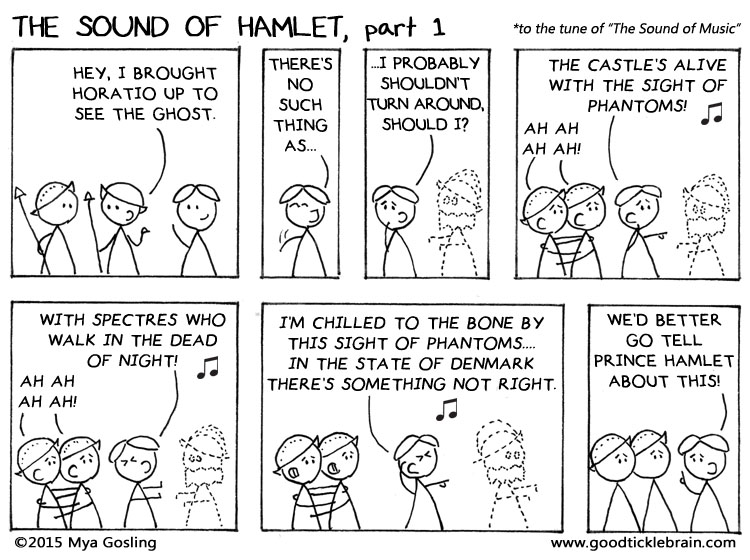 And, as you might guess/hope, “So Long, Farewell” is used for a lot of the death scenes.

Those of you who already have copies of my book know that Javert appears on the very first page.  In the dear Inspector’s honor, here’s a very tiny Valjean besting the relentless officer.  (The Gavroche of a Les Mis cast took on the part of Valjean for a few scenes at a benefit)

One of my favorite plays I discovered in college was Kid Simple: A Radio Play in the Flesh, which requires a Foley artist onstage, to carry out the stage directions.  So, even though I don’t watch The Walking Dead, I really liked learning how that show’s Foley artist pulls off the gory sound effects:

For sharper, harder sounds like “crushing skulls,” Barbanell relies on whole walnuts. “I’ll hold two in my hand and crush them, or very gently crunch them with my feet,” he says. “It sounds exactly like the crushing of bones.”

Staying on the theme of… breaking things, I guess? I really enjoyed Nautilus‘s coverage of that OPERA neutrino data that (briefly) made it look like we’d been wrong about the speed of light. What should scientists do when they wind up with a result that they expect is wrong?

In one direction lay epic, ground-breaking physics—and in the other, potential embarrassment. Should OPERA have waited? How many more months could they have spent analyzing and reanalyzing the result? Leaning forward and pointing at me through the camera, Ereditato explains why a scientist can’t ignore a measurement just because it seems absurd. “You don’t kill this … nature is talking to us, not through theories, but through experimental results. The worst data are better than the best theory. If you look for reasonable results, you would never make a discovery, or at least you will never make an unexpected discovery. You only make—this is a contradiction in terms—an expected discovery.”

OPERA eventually found the source of the anomaly, which was not hallucinogenic honey, but I figured you might enjoy this story on honey made from rhododendrons which turns out to contain neurotoxins:

In 67 B.C. Roman soldiers invaded the Black Sea region under General Pompey’s command, and those loyal to the reigning King Mithridates secretly lined the Romans’ path with enticing chunks of mad honeycomb. The unwitting army ate these with gusto, as the story goes. Driven into an intoxicated stupor by the hallucinogenic honey, many of the flailing soldiers became easy prey, and were slain.

This rich history, along with Turkey’s 18th Century trading tradition, seems to account for mad honey’s persistence in the present day — and the fact that it is purposefully harvested there. And yet, finding it still amounts to something of a treasure hunt. 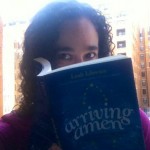 May 7, 2015
Watch EWTN News Nightly Tonight to See Me and My Book
Next Post 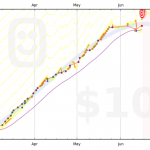 May 9, 2015 The People Who Made My Book Exist [Radio Readings]
Recent Comments
0 | Leave a Comment
""Do you honestly think that a child raised by a woman has no exposure to ..."
Zorin 2012 Queer Blogathon [Index Post]
"I'd love to see a video of how it works. keranique shampoo reviews"
Marlene Garza Welcome Camels with Hammers to Patheos!
"Logismoi (the plural of logismos) are a fairly simple concept; they are whispers from either ..."
Rob, Portland Logismoi, Vampires, and Other Intrusive Thoughts
"I imagine I’ll do a lot more reading and pick a lot more fights over ..."
Donalbain A little about the queer stuff
Browse Our Archives
Follow Us!