The name “Amma” has been given to a woman whose real name is Mata Amritanandamayi Devi. The word Amma means “mother” (as the website Amma.org points out, it means “mother” in a number of languages). She is known to many as “The Hugging Saint.”

It is said that Amma was spiritual from the time she was a child in 1950s Kerala. Though her parents tried to get her married, she resisted and devoted herself to Krishna instead. Apparently she was so known for her devotionals that people began to gather at her parents’ house wanting to be her disciples. In 1987 they convinced her to begin worldwide programs and they have been running ever since.

Starting when she was a teenager Amma hugged people to comfort them and it has become a form of darshan. She receives crowds of people and hugs each person who comes to her.She has said that she doesn’t expect to change the entire world, but to change individual people and that will change the world, since it is made up of people. “If you can touch people, you can touch the world.”

Amritanandamayi herself says, “Karma [action], jñana [knowledge] and bhakti [devotion] are all essential. If the two wings of a bird are devotion and action, knowledge is its tail. Only with the help of all three can the bird soar into the heights.” – Lead Us to the Light: A Collection of Mata Amritanandamayi’s Teachings Compiled by Swami Jnanamritananda

They say that she accepts most spiritual practices from many religions as ways to purify the mind. She is also known for devotional singing. She has worked in many charitable endeavors.

She has said that her religion is love.

I have not personally experienced Amma or her teachings, but I have heard good things from several friends.

On the other hand, there is also some criticism. This article (The Story Her PR Team Won’t Tell You) has several complaints, some of which seem more like misunderstanding (that Amma is supposedly an incarnation of Kali and then confusion over whether Kali is a maternal figure; And I don’t see what the issue is with people having dolls of her to hug), other complaints I wouldn’t begin to know how to verify. The tone of the article is a little hysterical, but it’s worth checking into the merits of the complaints.

In the Huff Post article below I was a little startled to learn that Amma gets PR from Kelly Cutrone, who is not exactly known for her compassion (and it feels a little weird to me for a spiritual leader to have PR at all, I guess). So, as always, check up on the guru with all the information you can find before becoming devoted to one!

A documentary was also made about her:

Featured image is from  http://www.dearbornfreepress.com/2011/11/29/spiritual-leader-amma-visits-dearborn/ 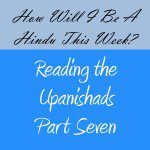 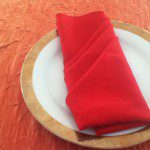