Srila Prabhupada is the founder of the International Society of Krishna Consciousness, also known as either ISKCON or Hare Krishnas.  Srila Prabhupada came to New York in 1965 to bring  Gaudiya Vaishnavism to America. Vaishnava is a branch of Hinduism or Sanatana Dharma (the eternal truth) as many prefer to call Hinduism. It focuses on Vishnu (i.e., Rama and Krishna, who were avatars of Vishnu) as the supreme God. Apparently Gaudiya Vaishnavism was founded “around 1510 with an ascetic who took the name Sri Krishna Caitanya. This devotee of Krishna became renowned for his ecstatic devotion, expressed in dance and song. His disciples believed Caitanya to be manifestation of Krishna himself, and established a movement based on his inspiration.” –Religionfacts.com

ISKCON is very devotional (bhakti), known for the chanting of the mantra from which they get their nickname:

This is repeated 108 times on a string of beads very similar to a rosary in Catholicism. The word “hare” is an expression of praise kind of like “hallelujah.”

Born in Calcutta in 1896 to devout Vaishnava parents, Srila Prabhupada was given a western-based education at the Scottish Church College, apparently well respected among Bengalis. He later rejected his diploma in protest of the British and was a supporter of Gandhi.

His spiritual teacher was  Bhaktisiddhanta Sarasvati Thakura, who asked him to spread the teaching of Sri Krishna Caitanya (I think Caitanya is to Vaishnava what Shankara is to Advaitans, if I understand correctly) in English. After he took the vows of a sanyasin, Prabhupada eventually moved to the West and founded ISKCON.

There is a lot of singing and dancing, sometimes in the streets, and giving one’s self over to the ecstasy of worship.

They believe that even though we are currently in the last age, the Kali Yuga, a time of evil and ignorance, it is still possible to become part of the Krishna-consciousness through devotion and ethical living.

ISKCON belongs to the Gaudiya-Vaishnava sampradaya, a monotheistic tradition within the Vedic and Hindu cultural traditions.

The basic Hare Krishna beliefs can be summarized as follows:

1. By sincerely cultivating true spiritual science, we can be free from anxiety and come to a state of pure, unending, blissful consciousness in this lifetime.

2. We are not our bodies but eternal, spirit souls, parts and parcels of God (Krishna). As such, we are all brothers, and Krishna is ultimately our common father. We accept the process of transmigration of the soul (reincarnation).

3. Krishna is eternal, all-knowing, omnipresent, all-powerful, and all-attractive. He is the seed-giving father of all living beings, and He is the sustaining energy of the entire cosmic creation. He is the same God as The Father Allah, Buddha and Jehovah.

4. The Absolute Truth is contained in the Vedas, the oldest scriptures in the world. The essence of the Vedas is found in theBhagavad-gita, a literal record of Krishna’s words.

5. One can learn the Vedic knowledge from a genuine spiritual master — one who has no selfish motives and whose mind is firmly fixed on Krishna.

6. Before one eats, one offers to the Lord (Krishna) the food that sustains all humans; then Krishna becomes the offering and purifies the offered.

7. One performs all actions as offerings to Krishna and does nothing for one’s own sense gratification.

My first experience with ISKCON was pretty funny and I think I may have told you this story before. I was at LAX, the airport in Los Angeles, when I was approached by a young man in a suit, but with a shaved head. He offered me a copy of the Gita (a very large one, apparently mostly commentary by Prabhupada). I told him that I already had Gitas at home. He insisted that I should have this particular copy, since it had all those teachings of his guru in it. I accepted and then he asked for a donation. I never carry cash on me, but I pulled out everything I had in my pockets, which was a few coins. I remembered that in the Gita, Krishna says that he accepts any gift offered with devotion to him, so I gave the young man my change. He informed me that there was an ATM just inside the door.

I go to the ISKCON temple for many of the big holidays. They are a great crowd and they put on wonderful events. I often wish that I fit into their philosophy better because it would be nice to be part of their community, I think.

But I am uncomfortable with schools that focus too much on devotion. I don’t like any place where I’m expected to listen to and believe the guru only because he is the guru. That, as I’ve said before, might be my own failing, but I have some real trust issues from my past.

This may not be fair, but I’ve always felt like ISKCON is too similar to Christianity for me. It appears to just substitute “Jesus” with “Krishna” and just about everything about Christianity that makes me squeamish is present in ISKCON too.

Some absolutely gorgeous artwork and poetry has come out of this movement. I do love to read poetry adoring Sri Krishna. I’ve also purchased jewelry and puja items from their store at Krishna.com

It used to be that you’d see them a lot at airports in their orange robes, passing out flowers (Airplane

and The Muppet Movie

both use them for comic effect, both being made in the 1970s when ISKCON was in its hey day). These days it seems like they do less recruiting:

Whereas devotees formerly were discouraged from maintaining ties with the outside world, including their own families, Hare Krishnas today mix and mingle like anyone else and don robes and Sanskrit names only while at temple for services. And they don’t do airports much anymore. –Beliefnet

And a bit of humor 😉 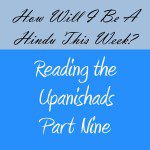 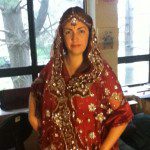