Sivaya Subramuniyaswami is the guru of the Himalayan Academy, the organization that puts out the magazine Hinduism Today. He’s written many books and established a Shivite monestary in Hawaii. From all I can tell, he was a very respected member of the Hindu community, even being given an award by New Delhi’s World Religious Parliament naming Sivaya Subramuniyaswami one of five modern-day Jagadacharyas, world teachers, for his international efforts in promoting and chronicling a Hindu renaissance.

He was born Robert Hansen in California in 1927. I think a lot of people are surprised to find out that he is not Indian (I know I was!) He traveled to India as a young man shortly after World War II.

One day, his teacher arranged a meeting between Sivaya Subramuniyaswami and his long awaited satguru, SageYogaswami. After a deep and inner meeting, Yogaswami gave him the name Subramuniya. Subra means “the light than emanates out from the central source.” Muni means a silent teacher, and ya means restraint.Subramuniya means a self-restrained soul who remains silent or speaks out from intuition. After a few visits, Jnanaguru Yogaswami initiated Subramuniya into sannyasa and ordained him into his lineage… –Wikipedia

After seven more years of study, he founded his own monastic Hindu order and lived as a devoted monk, spreading Hinduism to the world, until his death in 2001.

When the instinctive mind becomes lifted into the light, a person is strong enough to be kind when he could have become angry. He generates enough spiritual power to be generous when he might have reacted selfishly. Disciplined periods of meditation nurture a magnanimous and benevolent nature. Such a being is naturally in the light of the supreme consciousness. His great strength is humility, a shock absorber for the malicious experiences in life. Humility makes one immune to resentment and places everything in proportion and balance within the mind. –Quotes from From Darkness to Light

Love is the source of understanding.You know intellectually that within you resides the potential, expressed or not, for all human emotion, thought and action. Yet, you no doubt meet or observe people occasionally whose life and actions are repellent or unacceptable to you. The absence of love has created a vacuum of understanding. For the meditating person, there should not be a single human being whose actions, habits, opinions or conduct lies beyond your ability to love and understand. Try this. This week look at everyone you meet, and feel, from your finger tips right down to your toes, love welling up from your deepest resources and radiating out to them through every cell of your body and especially through your face. Say to yourself, “I like you” – and really feel it. There are many thousands of things that most people do not understand from their confused states of mind, and they therefore act in unseemly ways, due to the ignorance of past karma. Should their ignorance confuse you? Should it cloud your own understanding? Certainly not! We do not love the flower and hate the muddy roots from which it grew, and we cannot hate the instinctive roots of mankind. –Quotes from From Darkness to Light

Subramuniyaswami wrote many books and I highly recommend them. There are many fantastic resources for new Hindus too, such as:

His tradition is carried on by his successor. The magazine Hinduism Today continues and the website is a wealth of information for the “Hindu renaissance.” They also have videos at YouTube.

When I was a teenager, my mother and I came across this book in a library’s sale of old books:

We picked it up for $1 and I began to read it every day. It is a huge book, but broken up into easy sections to read one page each day. I learned so much about Hinduism and it helped clarify my own beliefs. I still love to read this book, even as its pages are falling out!
I had a mention in the back of the magazine once, in an article gathering Internet resources for Hindus. It was very thrilling to see my blog mentioned there! 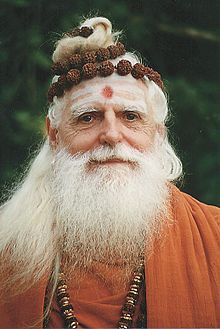 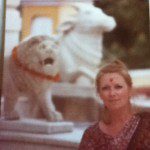 May 22, 2013 Lessons Learned From My Parents' Marriage
Recent Comments
0 | Leave a Comment
Browse Our Archives
get the latest from
Hindu
Sign up for our newsletter
POPULAR AT PATHEOS Hindu
1