Three Lessons to Learn from Bridezillas

I may have mentioned before that my taste in TV is…well, let’s just say that I love all those crazy reality shows. Especially the gossipy ones. Bridezillas has long been one of my guilty pleasures. I’m not sure why I enjoy watching it so much. I think it’s just the shock that people could be so mean to their “loved” ones. It’s startling!

The thing that really struck me this time as I was watching it was that there is something important to learn from these women: perspective.

I watch, stunned, as these women pour huge amounts of energy into screaming, complaining, feeling sorry for themselves, and imagining that people are slighting them. It’s interesting to see from the outside perspective how often they believe someone is being rude to them when it’s clear that the reverse is actually true.

I remember when I was a kid and I didn’t want to do some chore or other. My mom would point out to me that with the time and energy I spent resisting it, I could have just done the task and be off to whatever I wanted. It took a few times for that lesson to sink in, but I definitely started noticing that just doing the chore always took very little time (particularly compared with hours of time resisting and feeling mildly guilty about not doing it!).

It’s sad to see that some people never learn this lesson and seem to be giving themselves ulcers over completely imagined stresses.

They also think that apologizing or showing any kindness is a sign of being weak. I can’t imagine living that way! A lot of times they claim that they have to scream because otherwise nothing would get done. I’m not convinced that they’ve ever tried being nice first. Many times it seems like they think being mean accomplished something, when in fact being nice would have gotten them the same thing much faster and with less energy expended.

Watching from the outside, I see a perspective that they don’t seem to be able to get to. It makes me think about how we are all that way in some respects. Not that we all scream and hit people and pout when we don’t get our way, but that we all have a biased perspective.

In our minds we are weaving and creating theses stories out of the input of what goes on around us. Often we are completely off the mark about what someone means or whether someone is trying to be deliberately hurtful. We interpret our lives and I think we often interpret incorrectly.

So the lesson for me is to remember that my perception of what’s happening in any given situation is not necessarily accurate and to take that mental step back to reassess before I react. Certainly I’m not as bad as a lot of the people on this show, but I do sometimes see slights where none are intended.

So to me the things to learn from Bridezillas are: 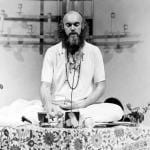