“But I have an Indian friend”

The cry of racists everywhere. “But I’m friends with [insert race or ethnicity] people!”

One of the criticisms that was leveled against me when my wedding was on APracticalWedding.com (comments no longer there because the APW team is awesome) was “Just because a couple of Indian people you know said it was okay doesn’t mean it was okay.”

I was sorely tempted to say “What do you mean a couple?” I could point out to her that I have 1,600 fans on my FB page, the majority of which are native Hindus. I could point out that this blog gets around 20,000 page views a month and thousands of very supportive comments.

She is in the minority. Of the thousands of people I’ve interacted with, both native Hindu and new Hindu, Indian and non-Indian, maybe three people have expressed concerns about how I live my life. (Some may also be thinking it, but not saying it, of course).

But I didn’t say any of that because something about it felt wrong. I realized that it felt wrong because this isn’t a numbers game.

If she thinks a “couple” of people being okay with me wasn’t enough, then how many is enough? Should I have a petition to show her? X number of Indians told me that it’s okay for me to be a Hindu. Kind of ridiculous, right?

Getting into numbers of supporters felt a lot like her expecting me to say, “But I have friends who are Indian!”

Why is that racist? I know it startles people when they get laughed at for saying something like that. Paula Deen tried it. Many people before her have tried it. Whenever someone is accused of racism, their first response is, “But I have _____ friends.” “I have Jewish friends” “I have Black friends” etc.

I think the main reason this is a problem, and the reason it makes me very uncomfortable, is that it sounds like this person isn’t really your friend, but rather some statistic that you keep in your pocket to reassure yourself. When you use your friend(s) like this, it is very dismissive of their autonomy and potentially complex experience with whatever the issue you are defending is. It makes them into puppets instead of people.

My friends who happen to be ethnically Indian are not there to make me feel better about myself. They are in my life because they’re awesome people and I care about them!

To try to use numbers of supporters to “cancel out” number of detractors would make me into a very defensive person. It would also be dismissive of the legitimate concerns of people who don’t approve of me. Each and every person who feels uncomfortable with the way I live my life has a right to feel what they feel. Those who approve of my life don’t negate those who don’t.

While I do try to be sensitive to people’s feelings, I don’t stop being Hindu because some people want me to. I’m not willing to sit out an entire lifetime, as it were, hoping to be born Indian in my next life. But I am also aware that my refusal to stop being Hindu is going to upset some minority of people. I have to live with that un-comfortableness, not try to make it go away by telling myself that I have X number of supporters.

I appreciate every person who comes and reads this blog! Being part of this discussion and these thoughts means so much to me. But remember when you say “You’re fine, it’s great that you do this or that Indian thing” that the permission is not yours to give. Even if you are a native Indian Hindu, you can’t pardon me on behalf of every native Indian Hindu (though I appreciate the attempt! It’s very kind of you to try to put me at ease that way).

This is an issue that comes up again and again and I know it’s something I’ll be dealing with all my life. I continue to see it in new ways and understand myself and my behavior in new ways and the discussion of racism and appropriation will always be a part of my story.

Cultural Appropriation and Me

Sick and Tired of Being Called “Privileged”

The Hardest Thing About Blogging 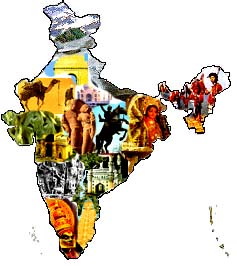 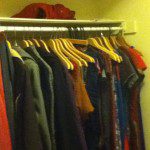 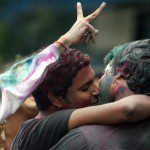 November 1, 2013 What Does Hinduism Say About Homosexuality [Google Questions Answered]
Recent Comments
0 | Leave a Comment
Browse Our Archives
get the latest from
The White Hindu
Sign up for our newsletter
POPULAR AT PATHEOS Hindu
1