This is one of those Google questions that reminds me that most people in the west know so very little about Hinduism and other Indian religions.

Why do Hindus wear turbans?

Well, the simple answer is: they don’t.

When you see an Indian man wearing a turban, chances are good that he’s probably a Sikh, which is a different religion.

There would be occasional times when a Hindu man might wear a turban, though. For example, Hindu grooms usually wear them. Typically the wedding turbans, such as the one my husband wore, are pre-formed hats and so they look like they’ve been wrapped with cloth, but they actually have not been.

Maybe for some festivals a man might wear a turban and sometimes holy men might wear them, but it isn’t something that’s really associated strongly with Hinduism.

There are also other forms of hats. So in my wedding post you can see that my father is wearing a small cap from Maharashtra. The idea of covering one’s head in a sacred space is common throughout the world. So while in some places Hindu men may wear caps and Hindu women may drape the end of a sari over their heads, turbans would be a highly unlikely choice.

Side Note: We were in the mall near our house last week and spotted a Sikh male model for one of the clothing stores. I was pretty thrilled to see that touch of “diversity.”

Unfortunately, many Americans don’t know enough about the rest of the world to know the difference between Muslim and Sikh, which is why we’ve seen some attacks on Sikh temples (not that I condone people attacking random innocent Muslims, either!)

So why do Sikh men wear turbans? The reason I’ve heard is that part of Sikhism involves never cutting one’s hair (leaving the body in a natural state). The turban keeps the very long hair out of the way. I’ve known Sikh women who also wear turban-like hats.

I don’t know if you remember this, but a few months ago a young Sikh woman named Balpreet Kaur impressed the Internet with her poise and graciousness. She had her picture taken at an airport and the picture was uploaded to Reddit to be made fun of because she had facial hair, which she did not cut because of her religion. She also wears a female-style turban. She saw the picture and responded to it, prompting the original poster to actually apologize. Yeah, that never happens on the Internet! 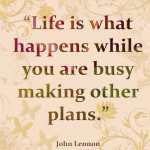 November 7, 2013
Living a Step Into the Future
Next Post 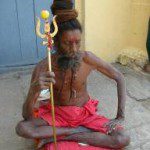