I had an interesting experience with a friend from India a few weeks ago. She was in town visiting and we were driving around when we saw a truck labeled “Indian River.” She asked me what that was about. I explained that here in America that’s more likely to be referring to “Native Americans” than to people from India. And then she asked what a Native American was.

It was a moment of clarity for me. It is so easy to forget that we learn so much of our own history growing up but only the basics of other countries’. I realized that it’s not very surprising that she hadn’t learned that part of American history. After all, how much do we learn about Indian history here? Almost nothing! I think the extent of Indian history I got in school was watching the Gandhi movie once.

So anyway, there I was in the unfortunate position of having to explain about the mix up that caused the native peoples in America to be called “Indian” even though they are not. And then explain what happened to them.

I did my best not to deflect responsibility and to honestly say that white people came to a country already populated and took over, doing their best to wipe out the people already here.

We both wondered what it was that made these Europeans so determined to take over everyone else. We didn’t come up with any good answers.

My friend didn’t know that there were native peoples here before the Europeans arrived.

I struggled to explain why the native people here are still often called “Indian.” I’ve heard it said that “native American” means anyone who was born in America while “American Indian” means a descendant of the original people of America. I’ve heard that “Indian” is the preferred term these days, but I refuse to use it because that name is already taken. A professor of mine in college said that “native Americans” should be called “Indian” and I said what about people from India. He said they should be called “East Indian.” As though the original bearers of the word should change.

But anyway, the fact remains that we have a confusing situation where there are two very different groups of people that are referred to as “Indian.” And there really isn’t going to be a clear and definitive answer on how to change that.

So be prepared that “American Indian” is not the same thing as “Indian American”! 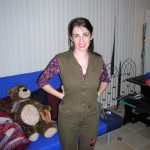 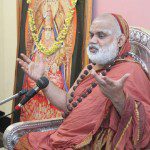 October 30, 2014 If You Had One Question...
Recent Comments
44 Comments | Leave a Comment
"Thus, the of romantic intimacy with one of Independent Escort in Saket would be the ..."
manshiverma Toys vs Sacred Objects
"ghaziabad escorts ||--> call girls ghaziabad ||-->"
jalawa kumari Toys vs Sacred Objects
"Informative article, every pooja is performed with immense peace and happiness. Subhaprada® is a brand ..."
Subhaprada Vasant Panchami: Happy Birthday, Saraswati! [Hindu ..."
"Nice Post..........https://www.skkoker.com"
skkoker Toys vs Sacred Objects
Browse Our Archives
get the latest from
The White Hindu
Sign up for our newsletter
POPULAR AT PATHEOS Hindu
1

Meditation Is Waiting
The White Hindu
2

Guest Post: Changes in the spiritual...
The White Hindu
4