It is amazing to me that people could complain that Hinduism has too many rituals. Apparently these days rituals are out of vogue and and non-religious people scoff at the “superstition” of ritual while religious people emphasize spontaneous prayer.

There is a time for spontaneous prayer, certainly, but there’s also a time for ritual prayer.

To start off with I’d like to address this idea that believing in ritual makes you superstitious. The truth is, we are all superstitious. It’s a natural part of the human brain and how people process the world. Even Cracked.com agrees!

We’re all a little superstitious about some things, even if it’s just, say, the belief that we can control a rolling bowling ball with our body language. The human brain is kind of built that way. –http://www.cracked.com/article_22148_5-silly-superstitions-with-insane-global-consequences.html

I see superstition in rational people all day long. I see it in baseball players with lucky socks, I see it in children who don’t want to step on cracks, I see it in gamers who think their dice will like or dislike them, and I see it in people with various degrees of OCD. And yes, I see it in religious people.

Those of us who are religious have our superstitions wrapped in the language and stories of that religion. It isn’t the crux of the religion for me, but it can be for some people. There are those who use faith to keep themselves feeling in control of life and I don’t see anything wrong with that. Whatever gets you through the challenge of life.

So if ritual to me is not about superstition and trying to feel in control in life, what does it do for me?

1) Taking part in a ritual or performing one at my home helps to center me. It focuses my energy and allows me to go more deeply into myself. It keeps me steady and more calm. There are some people who meditate to do this, and there are some people who just do it naturally. For me I have found that participating in structured prayer makes it easier for me.

3) God is difficult to conceptualize. The beauty of Hindu worship is that we have images of God to focus on and a place to direct our prayers. God is bigger than any one image of Him/Her, but we have prayers that give us one corner of God to start to understand.

4) The rituals are built like roads. Some holy and wise person sees a way towards Truth and understanding, so he builds a ritual that can guide people there. While we can go off and explore in the wilderness, we should also take advantage of the roads that have been built to get us closer to Truth faster!

These are just a few reasons and there are probably as many reasons to love rituals as there are Hindus in the world. Having a strong practice of structured worship is not a bad thing. It is one component of a rich spiritual life. 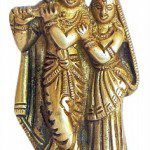 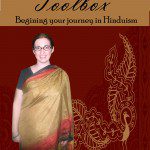