Standing Still in the Midst of Action

Anyone will tell you that the modern world moves very fast. There is a frantic pace of life where no matter how much you do it is never enough.

This isn’t as new as we tend to think. I suspect it’s been this way at least since the Industrial Revolution. We actually have more chance to relax now than we did then since now we have the concept of a weekend, we have days off.

The bedrock of American culture has always been industry, hard work, pioneering, creating from nothing, pulling yourself up by your bootstraps. “Idle hands are the devil’s playground.” “God helps those who help themselves.” We have always valued “doing.”

When I was growing up “multi-tasking” was the buzzword of the day. Being good at multitasking was the key skill, what everyone put on their resume, what everyone was trying to develop. With a bit of smugness, we were told that women were better at it than men. Our brains were better developed to handle juggling multiple things.

Even then in my spiritual life I was being told something very different. I was being told that there’s no such thing as multitasking. Your brain is always paying attention to just one thing at a time and forcing it to switch its focus back and forth rapidly is extremely inefficient.

Hindu philosophy taught me it was better to focus my full attention on one task at a time and see each to completion before moving to the next.

Low and behold, a few years ago science caught up with Hindu philosophy and declared exactly that. There is no such thing as multitasking. What we think is multitasking is actually switching our focus around frantically and is much less efficient than doing one thing at a time.

Now at last people are beginning to realize that we burn ourselves out keeping up the pace that society expects of us.  And it doesn’t have to be that way. Yet I think for many of us we just have no idea how to slow down. I struggle with a need to feel productive at all times.

Not surprisingly, it is Hinduism who has solutions to this. The religion that brought us the concept of mindfulness has always had something to say about being centered and still in the midst of chaos.

Hinduism teaches us that even if we are working very hard and very productively, there is a part of our soul that it is always still. You can step back in your mind and observe your own actions. When we can learn to identify that observer as ourselves instead of the part of us doing the doing, then we have peace even in the middle of hard work.

Hinduism places an enormous value on calm. It is when we are calm that we can most clearly see a situation and intuit the best action for it. Meditation helps us to practice experiencing deep calm and if we practice regularly it allows us to expand that calm into the other parts of our lives.

If you feel like you are running yourself ragged doing too much, I would start with practicing finding the observer. Watch yourself doing your tasks. Put your full attention on your hands as they type or pack lunch or drive a car and you’ll begin to see how you and they are separate. They, like your mind, are an instrument that you use but you don’t have to identify them as you.

That small exercise alone goes a long way to keeping one steady while still getting done what you need to get done.

Step two would be always doing what you’re doing when you’re doing it. A lot of stress comes from thinking about all that we have yet to do, worrying over having enough time, etc. Even while working hard, we can avoid stress by giving our full focus and attention to exactly what it in front of us in this moment. Make a to-do list if you’re afraid of forgetting something but once the list is made, do one thing on it at a time and don’t think about the list while you’re doing that thing. In this moment there is only one thing that you need to be doing.

Step three is realizing that you don’t have to be busy at every moment of every day. Down time has its value too. Meditating, taking the time to reflect on the vastness of the universe, and stilling your body all help make you more efficient and steadier when you are performing tasks. 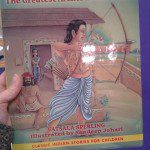