This past weekend I was at a conference in Massachusetts. One of the talks that I went to was about cultural misappropriation, which is always a good topic for me to engage with. There wasn’t a lot of new information for me, but it was good to talk about it with new people and get new perspectives.

One thing the moderator brought up was the idea that if you are taking something from traditions that aren’t yours (or your ancestors’) then you have to give back to the tradition in some way. And that way should not be to teach others what you’ve learned. Too many, though not all, white people have a tendency to teach things that they don’t have a deep understanding of. For example, meditation in my tradition is taught after several years of study and the mantra is given in a special ceremony by an appointed person. It would be horribly inappropriate for me to take that mantra and give it to others!

So I thought about what I give back.

I think the biggest way I try to give back is by being a conduit between spiritual seekers and authentic Hindu sources. I am not an expert on anything but I know experts, scholars, philosophers, thinkers. And I can direct people towards each other.

For example, earlier in the talk the presenter mentioned that she’s trying to do a school paper on cultural misappropriation but she’s having trouble finding sources from members of native faiths that aren’t Youtube videos or blog posts. I told her to read Rajiv Malhotra’s books. He certainly talks a lot about the issues that she’s interested in. I may not agree with him in everything (and not agreeing with him 100% makes you his mortal enemy, it seems), but he does have important ideas that support and explain this issue of cultural misappropriation that we’re all grappling with. And that’s exactly what she needs for her research.

I may be selling a book on Hinduism, but it’s actually a guide on how to find and access authentic native sources of information.

Our new comment system from WorldTable now supports logging in through Disqus. It should also now let you use a pseudonym. Please let me or the WorldTable support team know if you’re having any difficulty! 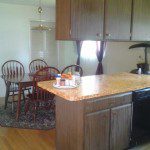