The Truth About Pregnancy: My Experience

I’ve discovered that sometimes when people talk about the challenges of pregnancy they get told to shut up and be grateful. “At least you can get pregnant. Count your blessings. Some people are infertile.” I think that’s tremendously unfair. I am one of those people who has dealt with infertility and it was very crushing to me. But just because people speak honestly about the difficulties that exist in pregnancy it doesn’t mean that they are not grateful to be having a baby. It’s good to talk about the hard parts too because I have to admit that I feel I was very unprepared for the truth of the experience!

Part of that is my fault. When I heard negative things about pregnancy I dismissed it, thinking, “Every pregnancy is different so mine will be glowing and wonderful all the way through.” Not true. No matter that I wanted this very badly, that I am super grateful to be carrying this child, it has been hard. Super hard.

It’s very weird to me that the first trimester is one of the most difficult parts. You’re barely pregnant and you’re still not really sure it’s for real. You’ve seen the positive on the test but it’s a little hard to believe those little lines. Nothing feels different and nothing is visible. Then about a week later, if you’re me, you get hit with what feels like the flu. And it lasts three months.

You know it’s for a reason but it still doesn’t really feel like it. You still can’t see or feel your baby and it’s just a small bundle of cells at this point anyway. So you’re tired and weak and achy and nauseous but you’re still wondering if it actually is for a good reason or if you’re just sick.

Then there were all the food aversions. I couldn’t eat anything cooked at all for half of my pregnancy. I ate only fruit and salad. Good for me and the baby, but very frustrating. There were times I sat at dinner and sobbed because I missed enjoying food SO MUCH. I couldn’t turn to any of my comfort foods. I’m not much of a fruit fan, but apparently Garrick Ravi is.

The floods of hormones hit and it does strange things to your brain. I wanted this pregnancy more than I’ve ever wanted anything in my life (besides maybe Brad) but that didn’t shield me from experiencing prenatal depression. I felt disconnected from the entire experience, unable to really process that a baby was going to come out of it. I felt empty and like nothing was worth it. I started having thoughts about dying. I fought it and fought it until I felt like I was too weak to go on fighting. That’s when I got onto medication and I am so glad I did. I hate taking medication in general and never thought I’d take anything while pregnant, but I honestly don’t think I would have survived without it. It pulled back the clouds and allowed me to be myself again.

This is supposed to be the magic time of pregnancy. This is when you get the glow and more energy and stop feeling sick. It took me about a month into the second trimester before I stopped feeling sick. I still wasn’t really looking pregnant, which bothered me. Having a cute baby bump is part of what mitigates all the difficulties!

Having a baby inside you effects every part of your mind and body and emotions. You really have to turn over your entire body to this parasite and even though you want to there are times when you wonder when you’ll get your body back. Even though I’ve struggled a lot, I actually have had a lot less pain or problems from many other people. I didn’t have intense morning sickness, I never had any complications or difficulties. I’ve measured correctly, gained weight appropriately, and never had any bleeding or cramping. So as hard as I’ve found it, it is much harder for many, many people.

At the half way point I finally started enjoying pregnancy. I was able to feel the baby kicking, which made it much more real and made me feel more connected to him. I found out the baby’s sex. I started to look pregnant. I got so excited and joyful for our future that I definitely have the glow.

But the energy has not returned. I still sleep about 18 hours a day every day. It’s very challenging to get any work done or focus long enough to write.

I’m also getting pain as my ligaments stretch in preparation for birth. It’s hard for me to sit or stand. It’s hard to sleep also because I get hip pain on both sides. I developed intense pain in my breasts starting at about 13 weeks and that hits again any time I wear a bra.

It’s very hard to be patient and wait for my little man to arrive. I fall asleep at night imagining him, picturing all the things we’ll do together (yes, I’m not living in the present moment very well!) But after the half way point it feels like reaching the crest of a hill and I’m starting to tumble down the other side. It’s going much faster and the delivery day is starting to feel closer and closer.

In one week I’ll be in the third trimester, which is pretty staggering. At the beginning of this process, even though I knew that I would eventually be here, it was kind of hard to believe. It felt very far away. I just started processing being in the first trimester and now I’m going to be third.

I’ve heard that this is also a difficult one as your body gets so large that it’s hard to do anything and you get really sick of waiting for the baby to just show up already. I’m already tired of waiting for him so this might be a long three months but I’m filling it with stuff to give me small milestones to look forward to. Like my baby shower in April (also around my birthday)!

Then of course you still don’t have your body back even after birth. There’s breastfeeding and there’s the aftermath of the delivery that can be quite disgusting and difficult! What a strange thing pregnancy is.

Even though millions women have been having babies for thousands of years, it still feels like a miracle. It’s bizarre and amazing that a human being can grow within me.  Equally amazing to know that this new creature will be a blend of me and my husband. I’m in awe of the whole thing. 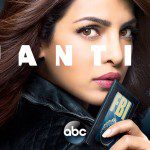 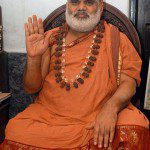