The last time I spoke about the concept of an Ishta Devata was actually on my former blog and in 2010! I didn’t realize it had been so long ago. Here is what I posted then and I will update with any new thoughts I have seven years later in italics…

Dhurga recently mentioned Ishta-Devata in the comments. Simply put, this would be one’s personal God.

There are many, many, many Gods in Hinduism. Each has different qualities and different personalities. The idea is that out of all those, there will be one that will speak to you and seem well suited to your spiritual growth. Often that is also based somewhat on family or regional traditions and maybe your birth chart.

For my branch, it is traditional to pick from the “five forms” that Shankara picked as the principle forms, uniting all branches. One of these forms is selected for main worship, but the other four are still worshiped also and all are seen as manifestations of the same Ultimate Reality, Brahman. The five are Ganesha, Vishnu, Shiva, Devī, and Sūrya. (I did not get this information from my guru. I think it came from the Himalayan Academy)

A murti (statue, idol) is used for worship. It is believed that the mind needs a physical form to focus on. Sometimes in Smartism (advaita), the five forms are represented by five stones. For more dualistic branches, the worship of the murti is more like the Catholic communion. The God has actually come and inhabited the statue. (Actually, I think that’s always true of a murti. It is God by nature of its materials, as all things are God, but it also has the spirit of God more fully enlivening it. Not sure how to explain that right)

Sometimes if a great sage is thought to be an avatar of God, he or she might also be worshiped as one’s Ishta-Devata. I mentioned before that some believe Jesus to be an avatar of Vishnu and I came across an interesting article articulating some about why and how Jesus is chosen as an Ishta-Devata at times. I know we had one person comment to say that this is impossible, but I am not in the habit of dismissing the beliefs of others and I am unwilling to say that it wouldn’t be possible for Jesus to have been an avatar. (As comments on the original post mention, though, I am nervous and concerned about…encouraging…this practice as it does seem to open the door to the Christian missionaries who want to destroy Hinduism)

I’ve heard about this phenomenon of Indians adding Jesus to their altars from both perspectives. I knew of a girl in college who loved India and was also an evangelical Christian. She frequently went to India to work on converting people (which completely horrified me, but I didn’t know her personally). I was told that a problem she often had was that Indians seemed to have a hard time understanding that they couldn’t just add Jesus in. Jesus had to replace ALL Gods and only he could be worshiped. The article above sees this as possibly just a survival technique, to keep Hinduism alive while compromising with Christianity. I’m much closer to the perspective of seeing Christianity trying to destroy Hinduism.

Some believe that it doesn’t matter which God you choose, all lead to moksha. However, some branches believe that only particular Gods will. For Vaishnavites, only a form of Vishnu will work (Rama, Krishna…).

To find one’s Ishta-Devata some believe that you must go by astrology. Others just find that one in particular speaks to him. It can be something chosen oneself or chosen for you by a guru. This form of God will stay with you all your life.

So, what is my Ishta-Devata?

Shiva, in the form of the nata raja. (Actually, Shiva period. The Nataraja form is not usually worshipped, from what I understand. But as you read on you’ll see why it is on my altar. I now also have a Shivaling to use for worship as well).

It wasn’t always clear to me. When I was a kid I was fascinated by Krishna. I loved how different he was at different points in his life. I liked the teenage Krishna best, with the gopis worshiping him.

I was initiated into mantra-based meditation when I was 13. Ideally, one’s mantra would be connected to one’s Ishta-Devata, it would be a way of calling on that God. The organization I grew up in does not believe in Ishta-Devatas. A mantra was chosen for the entire organization to use and given to us through a Shankaracharya in India. It is a sound connected to Rama.

Despite these moments with other forms, the little bronze nata raja statue that I bought at the new age shop in my town clicked with me in a way that the others hadn’t. I spent long periods of time just staring into his tiny face, and entranced by the grace of his arms.

Nata raja still sits in the central place on my altar. A couple years ago my mother gave me a Krishna statue, remembering how much I loved Krishna as a child. That image just never had the same effect on me.

As soon as I look at my nata raja, I feel calmed and centered and I feel as though there is fire in his eyes.

No one gave me that form to worship, I chose it (or it chose me).

I’ve had more experiences connected to Shiva since this post. I started using a Shiva mantra for meditation and found the whole experience transformed and became much lighter and easier. I also started seeing a guru and it coincidentally (or not so coincidentally!) turned out that Shiva is the main God that he worships. 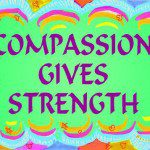 February 16, 2017
Islamic Terrorism: How I Plan To Counter It
Next Post 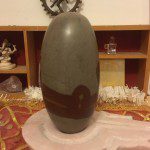