The Seven Stars of Hinduism: A Review

The Seven Stars of Hinduism Book

I had the pleasure of meeting Mr. Dileep Thatte at the Tapestory event I attended a few weeks ago. At the end of the event he told me that he had written a book called The Seven Stars of Hinduism and asked if I would like a copy! Of course I said yes. I love the concept. It is about distilling the core of Hinduism so that it can be explained and understood particularly for Hindu youth in the west.

As the Background section states, it is easy to confuse the rituals of Hinduism for the religion itself. “I wanted to separate the core beliefs which are considered eternal, from the rituals and practices which are dependent on family tradition and geography…Most of us have difficulty capturing the essence of the religion because of its complexity.”

He explained to me that Islam has the five pillars and Judaism/Christianity have the ten commandments, so this is a way to fit Hinduism into that pattern with the “seven stars.”

“Stars, unlike planets and other celestial bodies, have energy and light of their own. Stars provide life energy. These seven stars, if understood well, will illuminate one’s life. These are NOT commandments. These are not rules. These are guiding lights which can lead one to salvation.”

In the Introduction Mr. Thatte begins with an explanation of the word Sanatana Dharma and why in this text he will be using the terms “Hindu” and “Hinduism.” And his reasons are pretty much the same as mine.

Next there is a brief discussion of common myths about Hinduism, which will be explored later in more depth. This includes the caste system, polytheism, and fatalism.

I absolutely love his chart on the composition of religions: 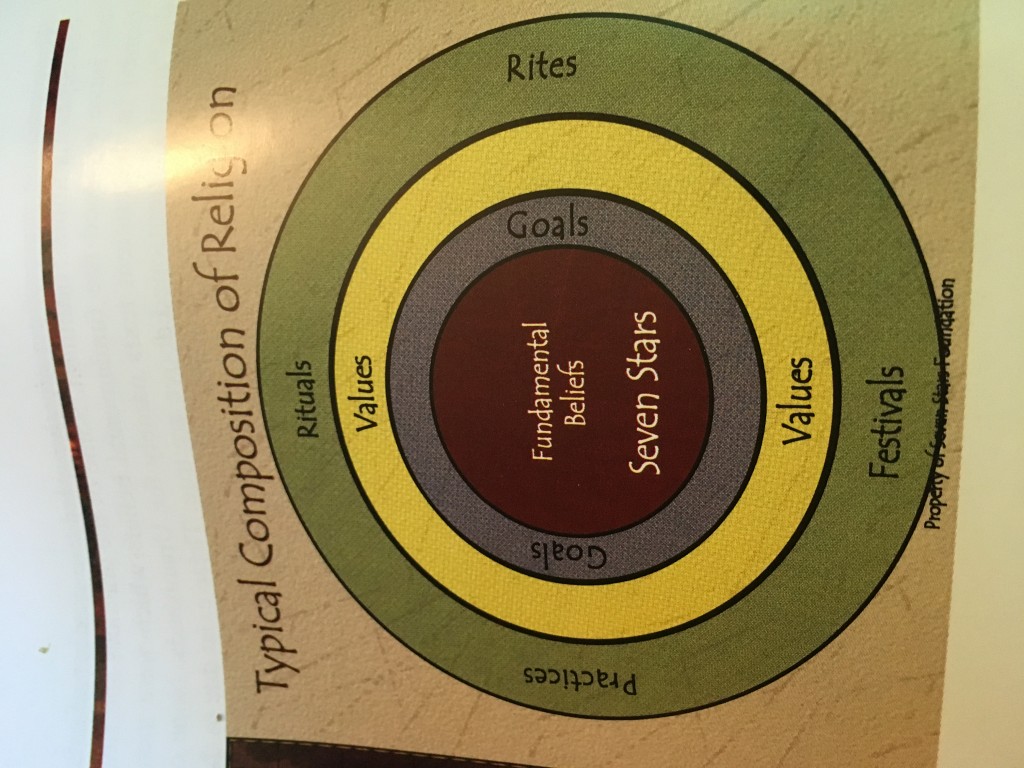 This shows how the values of most religions around the world can be the same while the goals and fundamental beliefs may be different. Though practices and rituals develop around the fundamental beliefs, over time the reason behind the practices gets forgotten and lost. The rituals mean very little if you don’t know and understand the purpose of them.

The Values of Hinduism

Mr. Thatte provides a detailed explanation of these key values of Hinduism:

He then explains goals and the basis he has used to distill the seven stars.

What Are The Seven Stars of Hinduism?

“Most religions advocate one specific path to salvation or heaven, that of Bhakti. Hinduism takes a more secular approach and offers a choice of paths to salvation”

There follows detailed explanations of each one of the seven stars of Hinduism.

This is a delightful little book and I highly recommend it to everyone! It is not yet available on Amazon but I’m hoping to help Mr. Thatte get it there. Since he is local to me I should be able to walk him through the process. In the meantime you can probably order a copy directly from him. His email address is: thatte7stars@yahoo.com He is also available to do presentations on the seven stars of Hinduism (Presentations is how he got started with his project). 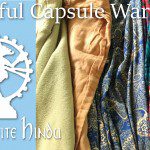