Evangelicals are overwhelmingly indicating support for Mitt Romney in public opinion polls, and writers such as Jonathan Merritt are asking whether this indicates a sea change in evangelicals’ views of Mormonism. Patheos blogger Scot McKnight briefly commented that this support for Romney reveals that for evangelicals, “politics too often matters more” than the particulars of faith.

I don’t see it that way. I think that for many evangelicals, there are settings (i.e. church) in which theology largely trumps politics, and other settings in which politics trumps theology (i.e. the voting booth). That is normal, as we balance our lives in the city of man and the city of God. For example, imagine if Mitt Romney came to a typical evangelical congregation and said, “I am a Mormon, and I want to join your church. Don’t worry about our theological differences, though, because I am a Republican!” I trust this would not fly.

But the voting booth is a different story. Yes, some figures such as Robert Jeffress of First Baptist Dallas rolled out the “Mormonism is a cult” charge during the primaries, but that was when Jeffress was supporting the ill-fated Rick Perry. Other evangelicals supported Rick Santorum, or Michele Bachmann, or Ron Paul. (Of course, some of my evangelical colleagues at Patheos ardently supported Romney.) But the primary season is over, and now the choice (for most voters) is between Romney and President Obama. There’s nothing remarkable about the average evangelical, when faced with that choice, shrugging his or her shoulders and voting for Mitt. In fact, as I have argued previously [“When Baptists Voted for a Heretic”], evangelicals voting for someone of a different faith is both healthy and historically normal.

Merritt also makes a great deal out of some evangelicals not wishing to call Mormonism a “cult.” The ecumenically-inclined Richard Mouw aside, I think this is simply a case where evangelical leaders do not wish to insult Mormons, whom they increasingly see as allies on social issues. It does not indicate a substantial change in theology. Whatever the academic meanings of the term “cult,” its popular use summons images of Jim Jones or the Branch Davidians. I, for one, think that Mormons hold beliefs that are incommensurate with traditional Christianity, but I would never call them a cult.

We should also remember that the question of supporting Romney is, for most evangelicals, directly connected to the values and positions of his 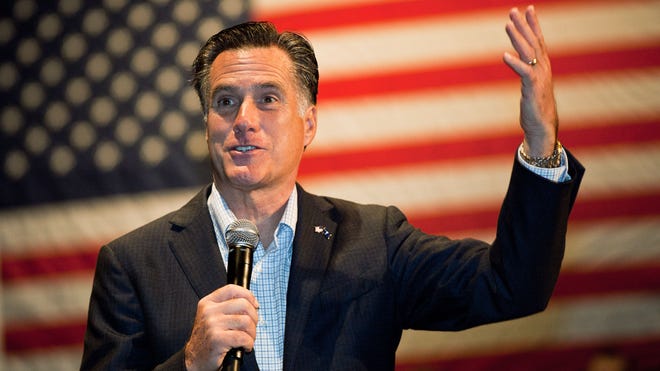 opponent. It makes a big difference whether the choice is Romney vs. Santorum, or Romney vs. Obama. When given the latter choice, most evangelicals will conclude that you have two candidates, neither of whom appear to be born-again Christians, so you can really only choose the candidate based on politics.

On social issues, Romney’s long-term record is not consistent. The evangelical reluctance over Romney probably has more to do with his changing positions on abortion and gay marriage than his Mormonism. But I doubt that many will find Obama a preferable alternative.

What would be really interesting would be to have an evangelical Democrat running against a Mormon Republican. Then you would have something closer to a test of the relative importance of personal faith vs. politics. But we already had a version of that in 1980, the first great triumph of the Religious Right. In that election, conservative Christians largely rejected the floundering evangelical Jimmy Carter in favor of Ronald Reagan, who was connected to legions of evangelicals, but whose own faith was opaque, and whose wife was privately into astrology.

In 2012, evangelicals had their chance in the primary. Some of them supported Romney, many others did not. As John Turner noted in an earlier post, the question now is whether enough of those who supported other candidates will be sufficiently excited about Romney’s candidacy (or at the thought of removing President Obama from office) to work for Romney and get their friends to the polls. Romney’s campaign desperately needs this to happen, but only time will tell.

June 21, 2012 America's Most Influential Evangelicals
Recent Comments
20 Comments | Leave a Comment
"Thanks for doing so much research into this post. Amazing that we still have pastors ..."
libertyculture What the 1918 Influenza Pandemic Meant ..."
"Racism is a major Christian issue, once they hate one group (blacks), it is easy ..."
LuLu Dhamma The Wounds of Racism and the ..."
"This is no excuse but only history . . . we have a large fishing ..."
bill wald The Wounds of Racism and the ..."
"Similarly, the Old Ritualists/Old Believers in Russia, (Russian: старове́ры or старообря́дцы, starovéry or staroobryádtsy) are ..."
Chris The Christians Who Didn’t Take Communion… ..."
Browse Our Archives
Follow Us!