Not All Turkey and Touchdowns

Not All Turkey and Touchdowns November 20, 2012 Thomas Kidd

My Thanksgiving column, from the Patheos archives:

The Pilgrims of Plymouth Colony weren’t the first Europeans to settle in North America, nor were they the first permanent English colonists. But because of our annual celebration of Thanksgiving, and our hazy images of their 1621 meal with Native Americans, the Pilgrims have become the emblematic colonists in America’s national memory. Although modern Thanksgiving has become largely non-religious — focused more on food, family, and football than explicitly thanking God — the Pilgrims’ experience reveals a compelling religious aspect of our country’s roots.

Although people often refer to the Pilgrims as “Puritans,” they technically were English Separatists, Christians who had decided that the state-sponsored Anglican Church was fatally corrupt, and that they should found their own churches. (The Puritans, who would establish Massachusetts in 1630, believed in reforming the Anglican Church from within.) Establishing independent churches, however, was illegal. Under heavy persecution, some Separatists decided to move to Leiden in the Netherlands around the same time that the Virginia Company founded Jamestown in 1607.

The Netherlands offered the Separatists religious liberty, but the Pilgrims also became concerned about the negative influences of living in such a culturally diverse society. So in 1620, 102 settlers sailed to America on board the Mayflower. Their final Old World port was Plymouth, England, which supplied the name for their new settlement in what became southeastern Massachusetts.

All adult men on board the ship signed the “Mayflower Compact,” which many consider the first written constitution in American history. It is a very brief document, but it powerfully articulated the colonists’ commitment to God and government by common consent. It reads, in part:

Having undertaken for the Glory of God, and Advancement of the Christian Faith, and the Honour of our King and Country, a Voyage to plant the first Colony in the northern Parts of Virginia; Do by these Presents, solemnly and mutually, in the Presence of God and one another, covenant and combine ourselves together into a civil Body Politick, for our better Ordering and Preservation.

The Compact noted Plymouth’s legal connection to Virginia (they shared the same charter), but their southern neighbors were less motivated by religion than were the New England colonists. Some today may exaggerate the secular nature of Virginia, however: among the first laws of that colony was a demand that the people honor God, to whom they owed their “highest and supreme duty, our greatest, and all our allegiance to him, from whom all power and authoritie is derived.” The 2011 discovery of the remains of the oldest Protestant church in America at the site of the Jamestown fort also reminds us of the southern colonists’ faith.

Although our records for the first Thanksgiving at Plymouth are sparse, we do know that in 1621 the Pilgrims held a three-day celebration with allied Indians, in observation of a good harvest and in gratitude for God’s help in passing through the trials of the first year of settlement (half of the settlers had died in that scourging winter). And yes, they had a “great store of wild turkeys” to eat for the festival.

The American colonies, particularly in New England, continued the tradition of holding thanksgiving days into the Revolutionary era, when the new American nation also picked up the practice. The Continental Congress and American presidents, beginning with George Washington, regularly proclaimed days of thanksgiving. In 1789, the first year of his presidency, Washington declared that the last Thursday of November would be a “day of public thanks-giving and prayer to be observed by acknowledging with grateful hearts the many signal favors of Almighty God.”

Thanksgiving became an annual holiday in America during the Civil War, and Congress made the fourth Thursday of November an official national holiday in December 1941, shortly after America’s entry into World War II.

Thanksgiving historically was about “thanks-giving” directed to God. This is an instructive lesson, not only for better understanding our history, but also for curbing the temptation to make Thanksgiving into a holiday of overconsumption. The Pilgrims remind us that Thanksgiving is not all about turkey and touchdowns.

November 21, 2012 The Forgotten Virtue of Gratitude
Recent Comments
1 Comment | Leave a Comment
Browse Our Archives
get the latest updates from
Anxious Bench
and the Patheos
Evangelical
Channel
POPULAR AT PATHEOS Evangelical
1 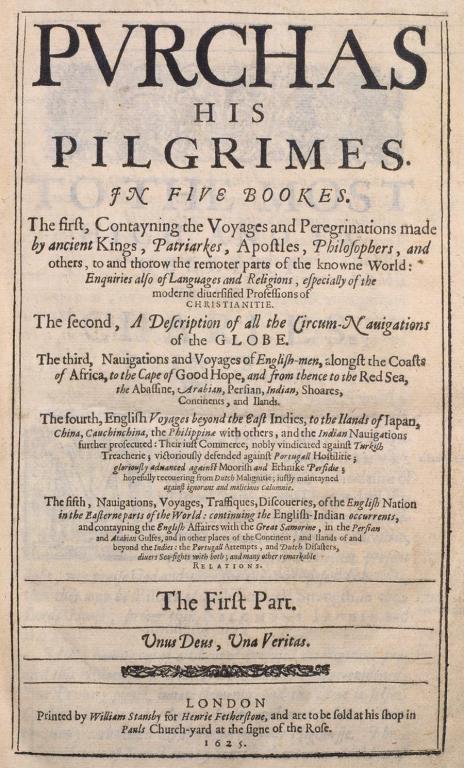