Background Checks and the Branch Davidians

In the furor over the recent situations in Boston and West, Texas, we passed quietly over the 20th anniversary of the April 19, 1993 final assault on the Branch Davidian center in Elk, Texas (conventionally reported as “Waco,” which is nine miles away). I do not want to engage the technicalities or disputes surrounding the tank/tear gas assault ordered by Attorney General Janet Reno, or the cause of the subsequent fire that led to the deaths of dozens of men, women, and children. Let’s just say “mistakes were made.”

My Baylor and Anxious Bench colleague Philip Jenkins has written two very insightful pieces recently on the anniversary, one at Real Clear Religion and one at the Wall Street Journal. In the former piece, Jenkins considers the Branch Davidians’ surprising (and totally unintended) connection to popular images of terrorism and terrorists. With Oklahoma City following two years after the Branch Davidian debacle, popular images of “terrorists” focused heavily on “domestic” threats, which usually meant far-right, racist, neo-Nazi, and, in the ugliest versions of the stereotype, conservative Christian. This led to a certain tone-deafness (shared by both the Clinton and early Bush ’43 administrations) to the looming threat of Islamic terrorism. Our hearing improved after 9/11.

As we waited to see the ethnicity and/or religion of the Boston bombers, certain journalists on the left seemed strangely eager for them to be Anglo and far-right. At Salon, David Sirota came out and said what others seemed to be thinking: “Let’s hope the Boston Marathon bomber is a white American.”

Mid-April 2013 will go down as one of the busiest times for news seen since 9/11, and I want to propose a connection between the Branch Davidian siege and one other news item from the week – the failure of the Manchin/Toomey compromise on universal background checks for gun purchases. As Adam Winkler writes at The New Republic, the adminstration and Democratic leaders spent a lot of capital in allowing the early debates following the Newtown shootings to focus on an assault rifle ban that, in retrospect, had absolutely no chance of passing. It also gave Republicans such as Texas’s Ted Cruz a chance to raise concerns about a national gun registry (which was specifically banned by the compromise). But critics including Cruz have argued that any encroachments on individual gun rights under the Second Amendment represent a slippery slope toward such a registry. The feared end of the slope, for these critics, could be a national ban on personal firearms, and possibly government seizure of them.

Liberal advocates find this line of argument infuriating, seeing it as yet another example of how paranoia trumps common sense when it comes to gun laws. The problem is that, in the Branch Davidian siege, and also the 1992 Ruby Ridge incident in Idaho, conservative critics can point to appalling incidents in which the government targeted citizens for “stockpiling weapons” and used brute force against them. As Jenkins points out, the Clinton administration’s initial focus on the Branch Davidians was exclusively about the weapons, not about religiously-inspired “child abuse.” Save perhaps for the Elian Gonzalez episode in 2000, no other incident has confirmed gun rights advocates’ fears of the pressing risk of “government overreach” more than the Branch Davidian siege.

Even if it is not cited explicitly, our gun control debates are still poisoned by the image of what in 1995 the NRA’s Wayne LaPierre infamously called “jack-booted government thugs,”  who could “take away our constitutional rights, break in our doors, seize our guns, destroy our property, and even injure or kill us.” Whether the jack-booted government thugs image reflects rank paranoia, or realistic concern, is another debate, but it is an image powerfully preserved for many in the flames at Mount Carmel twenty years ago. It is an image that has helped make even minor adjustments to gun laws nearly impossible. 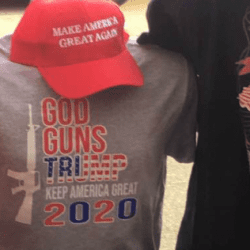 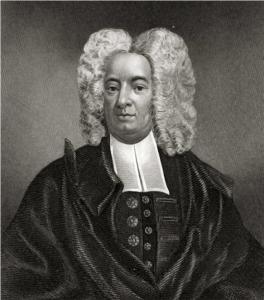 Evangelical
Praying in the Wake of Affliction
Anxious Bench

Evangelical
“Ask Jesus into Your Heart”: A History of...
Anxious Bench
TRENDING AT PATHEOS Evangelical